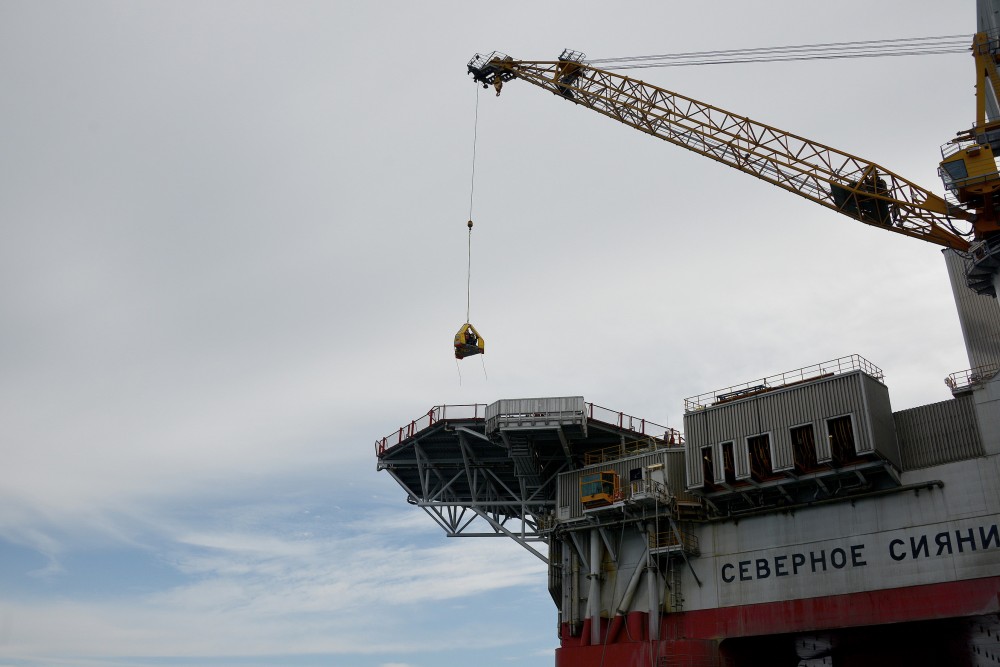 This Gazprom rig will not drill in the Barents Sea any time time soon. Photo: Gazprom.ru

Our drilling program in the area is far too ambitious, the company admits.
By

The company, Russia’s monopoly gas exporter, was originally to drill 12 exploration wells and conduct 12,000 km of 2D and 9,000 square km of 3D seismic mapping in the Barents Sea by year 2025.

That will not happen.

The company now admits that it is «not only practically impossible, but also pointless» to proceed with the plans.

«Considering the current situation, it is clear that drilling in the Barents Sea license areas will be part of a distant perspective», the company informs in its corporate newspaper.

Needed corrections in the license agreements are currently being made.

The company still remain active on the shelf, however in other regions. «Over the next years, our main objects will be located along the shelf of the Yamal Peninsula, among them the Nyarmeysky, Skuratovsky, Beloostrovsky licenses, as well as the Leningradsky and Rusanovsky», the company informs.

Gazprom controls a total of 33 offshore licenses, of which seven are in the Barents Sea and 20 in the Kara Sea. Most of the licenses were obtained in the years 2013-2014. In 2015, a total of 6,700 square km of 3D seismic mapping were conducted in 16 of the Barents and Kara Sea license areas.

Along all of the Russian shelf, Gazprom reports to have conducted  a total of 11,75 thousand km of 2D mapping and 23,2 thousand square km of 3D mapping.

Also competitor company Rosneft reports about comprehensive Arctic mapping. A total of 84,000 km of 2D and 18,000 square km of 3D mapping has been conducted on the Russian shelf. That is respectively two and three times more than originally planned, the company informs. In 2016, the company plans for a total of 2,000 square km of 3D and 26,000 km of 2D mapping, as well as the drilling of two wells in the Sea of Okhotsk, the company informs.