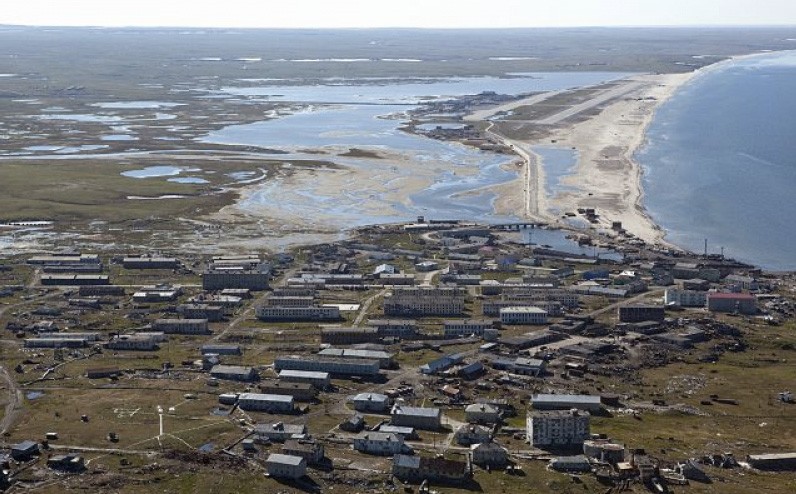 Four wind power generators with a total 200 KWh capacity are being erected in Amderma, the town on the Kara Sea coast. Over the next years, EU programme Kolarctic will finance several more Russian Arctic wind parks.
By

Three of the four generators are already in place, the Nenets regional administration informs. The generators have seven meter long blades and are supplemented by three diesel-electric generators with total power of 460 KWh.

A team of technicians is now on its way to the site following technical problems with the aggregates, regional authorities say.

The new energy capacities will enable the small town to reduce dependency of fuel supplies from outside. Like other remote settlements on Russia’s Arctic coast, Amderma is fully dependent of summer shipments of goods reserved for the winter season.

The project is financed by ENPI CBC Kolarctic, the EU-Russian financial mechanism. According to information available from the Kolarctic  programme (2007-2013), the Polar Wind project has got €2,3 million in support. The lion’s share of that money is Russian co-financing, the programme managers inform.

And more could be in the pipeline.

The new and upcoming Kolarctic programme proposes to includes another almost €12,5 million for more wind power generators along the Russian Arctic coast. According to programme information, wind parks are proposed to be built also in the settlements of Nes’, Karataika and Indiga.

The list of proposed large Kolarctic infrastructure projects is only preliminary, programme operators say, and an elimination procedure is going to be conducted.

Amderma was established in 1933 in connection the opening of a fluorite mine in the area. The place later got an air field and military base, which was abandoned in 1993. At most, about 5500 people lived in the village. Today, only about 500 people are left.

The Russian Armed Forces have made clear that the base in Amderma is to be reopened by year 2020.