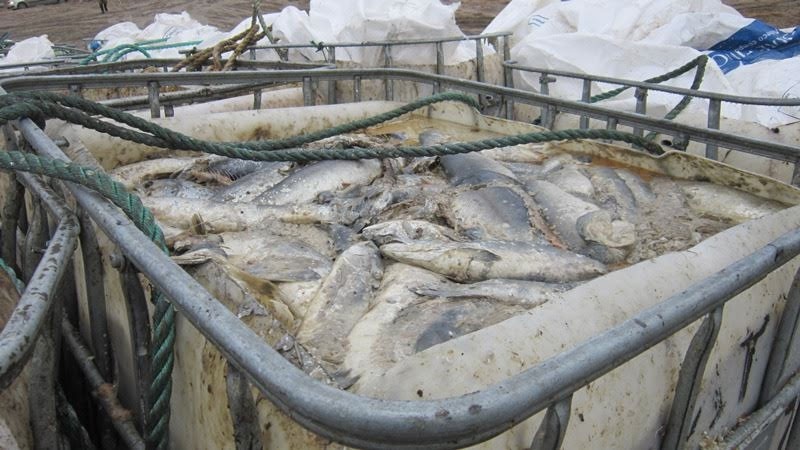 Murmansk is about to loose its aquaculture industry. Photo: Bloger51.ru

The Arctic region planned to become a leader in Russian aquaculture development. Now, massive fish death, bankruptcies and billions of lost investments are putting the industry on its knees.

Now, those plans are under rapid change.

In a meeting this week, regional authorities admitted that the state planning programme for the fisheries complex is in urgent need for revision.

”The Murmansk state programme for the development of the fisheries must be adjusted in line with the realities of today”, regional First Deputy Governor Aleksey Tyukavin says in a press release from the regional government.

The needed revisions comes after one of the region’s two major aquaculture companies, the Russian Salmon, this week declared itself bankrupt. The company has operated large-scale farms in the Pechenga Bay, the fjord located close to the Norwegian border.

At the same time, the other major company, the Russian Aquaculture, is in similar trouble. Over the last months, the company has dumped thousands of tons of dead salmon in landfills several places in the region.

Fish fires are now burning in towns like Nikel, Teriberka, Murmashi and Molochny.

The massive fish death comes after disease broke out in over-filled cage nets.

According to Bloger51, the aquaculture farmers might have kept more than twice as many fish as allowed for in the cage nets.

According to  newspaper Vedomosti, first half 2015 results from the Russian Aquaculture show total losses of 325,5 million rubles. Those losses are now likely to have grown far bigger