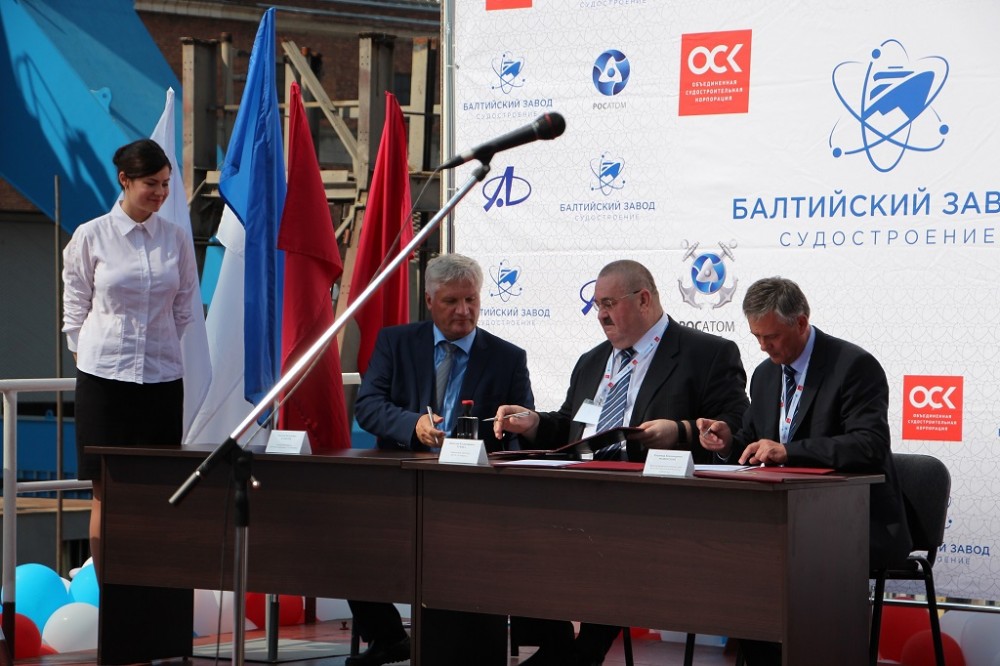 With this ship, we are starting serial production of our new generation nuclear icebreakers, Rosatom leader Sergey Kirienko says.
By

The 173 meter long vessel named «Ural» will be able to break through three meter thick ice. It is Russia’s third LK-60 class icebreaker. From before, the «Arktika» and the «Sibir» are under construction.

The three vessels are all built at the Baltic Yard in St. Petersburg.

«First of all, I want to draw your attention to the fact that we for real are starting serial construction of the new generation of icebreakers», Kirienko said in a ceremony today. «The future of our icebreakers, which we now are constructing, has enormous perspectives», he adds, a press release from the Baltic Yard reads.

The launch of the «Ural» comes less than a month after the first LK-60 icebreaker, the «Arktika» was put on the water. The second ship of the class, the «Sibir», was launched in May 2015.

The first LK-60 vessel, the «Arktika», will reportedly be ready for operations by late December 2017.