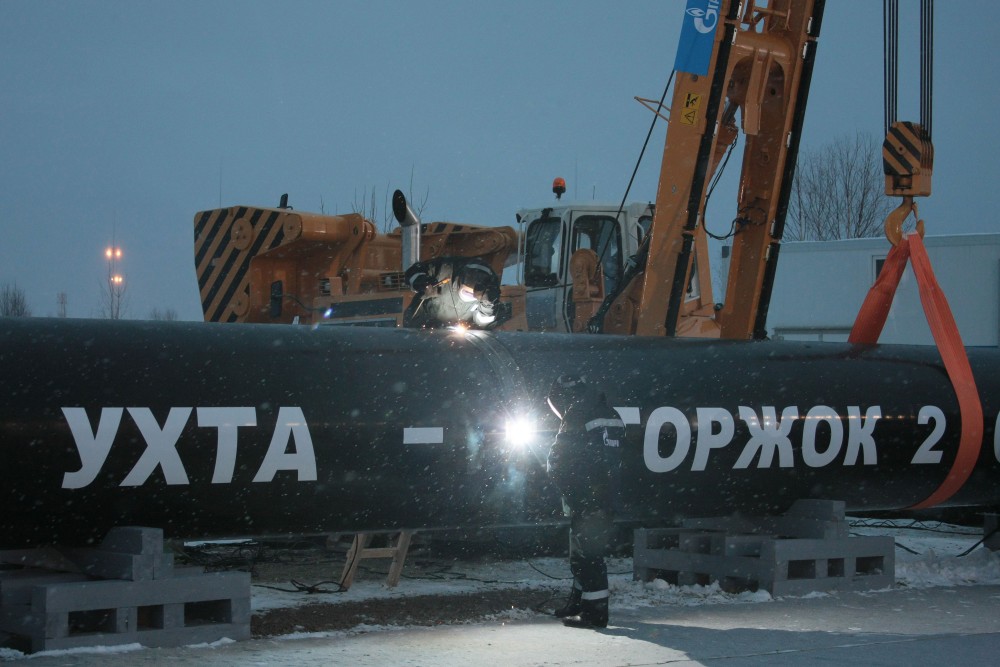 Gazprom starts construction of the Ukhta-Torzhok 2.

In a direct video link between the Komi Republic and the Moscow Kremlin, Gazprom President Aleksey Miller gives the President a vision of Russia’s latest mega gas project.

By year 2019, an additional 45 billion cubic meters of gas per year can be sent from Russia’s Arctic Yamal Peninsula to consumers in the EU.

”The project will provide new jobs and budget revenues for all the regions through which the new pipeline will run, Putin said in the appearance. ”And most importantly”, he added, ”it will give northwest Russian regions access to additional natural gas and increase exports”, the video available at Gazprom.ru shows.

Not everyone is happy about the new project. As previously reported, three environmental organizations in the region, among them Greenpeace, accuse Gazprom of serious pollution in vulnerable tundra lands. ”The company should not be allowed to build more pipelines before these violations are eliminated”, they write in an open letter.

Gazprom has several more gas projects in Yamal under planning, and also intends to build an east-bound pipeline stretching across the Ob Bay towards the Taimyr.