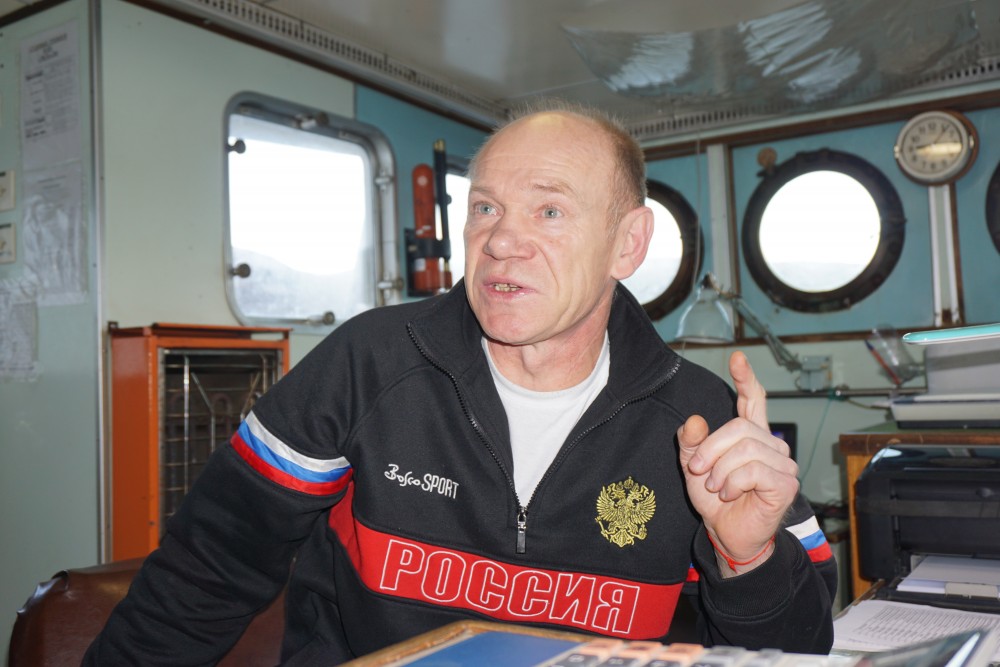 ”We have all documents in order and conditions for the crew are good.”

Trawler Captain Vladimir Oleynikov has made headlines in both Norway and Russia as his ship this week was boarded by FSB spetsnaz soldiers in the Norwegian Economic Zone and forced to return to the Norwegian port of Kirkenes.

Oleynikov is deeply frustrated by the negative focus. ”I have done nothing wrong, and my ship is in good condition”, he says in an interview with The Independent Barents Observer.

As previously reported, the ”Kamchatka” was forced to interrupt her voyage in the Barents Sea when FSB officers intercepted the ship and forced it to return to Kirkenes. There, six crew members disembarked and immediately returned to Murmansk.

According to the captain, the conflict onboard the ship erupted when the six sailors without notice demanded to leave the ship and return to port. That however was easier said that done in the middle of a voyage, Oleynikov says. The crew members took contact with relatives in Murmansk who subsequently contacted the FSB coast guard.

”These men are strike-workers, and have conducted serious violations of their work contracts”, the captain underlines.

Oleynikov argues that the men were unaccustumed with the hardships of the crab fishing and did not cope with the difficult work. They had previously worked on trawlers engaged in regular fishing.

”Crab fishing is different, we have much harder physical work here compared with other kinds of trawlers”.

According to the captain, the six crew members on the 8th October requested to leave the ship and already on the 9th refused to do their work. ”According to the law, you have to work another two weeks after submitting your resignation, that is part of the work contracts”, Oleynikov says. ”You cannot leave the vessel in the middle of a voyage”.

All remaining 23 crew members continued to do their job as before, Oleynikov says.

The six crew members described conditions onboard the vessel as “terrible”

The ”Kamchatka” has been in the Barents Sea since 2014 doing fishing on snow crab. It has regularly used Kirkenes as port for bunkering, services and repair.

”The media has given a completely wrong picture of the events”, he says. ”It is all based on lies”, he underlines.

Oleinkov shows us around his ship, including the galley, the sleeping cabins and the laundry facilities. ”This ship is in good conditions, the technical standards are in order and so are also living conditions”, he underlines.

”The Russian Coast Guard conducted a eight-hour inspection of the ship, and found nothing wrong”, he maintains.

Ship agent Anton Romanov confirms that the ”Kamchatka” has been a client since 2014 and that the ship has met all required standards and paid its bills. In addition, in summer this year, the ship underwent a 2-month overhaul, he confirms.