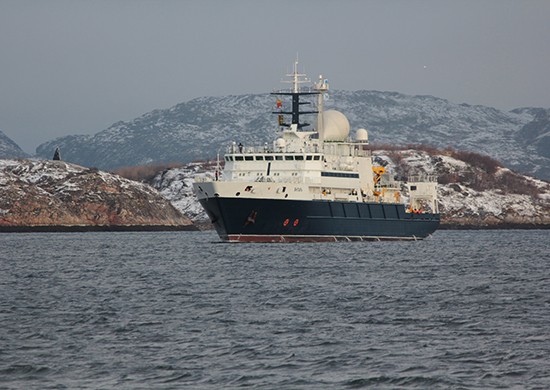 ”The Yantar is equipped with a unique on-bord scientific research complex which enables it to collect data on the ocean environment, both in motion and on hold,” said Alexei Burilichev, had of the deep-water research department at the Russian Defence Ministry, quoted by Sputnik in September as the vessel slowly sailed outside the East coast of the United States.

The newspaper has spoken to commanders and intelligence officials reporting significantly increased Russian activity along the known routes of underwater cables, from the North Sea to Northeast Asia. Pentagon officials suspect the vessel’s equipment is being used to surveil the seafloor for sensors, and may even be cutting underwater communication cables.

While US spy agencies might believe the ”Yantar” is a spy-vessel, the Russian Navy insists it is a oceanographic research vessel.

Northern fleet Commandor Admiral Vladimir Korolev said in his speech while welcoming the vessel to Severomorsk that ”Yantar” will help raise hydrographic and research activities in the Oceans to a new quality level. The Admiral said this would especially be the case in the Arctic. Photos of the vessels arrival to Severomorsk is posted on the portal of the Russian Ministry of Defence.

The New York Times writes the vessel has two deep-diving mini-submarines on board. After cruising the East Coast of the United States on southbond route towards Cuba, the vessel crossed the Atlantic and was last weekend sailing northbound the coast of Norway towards Russia’s Kola Peninsula, where the Northern fleet has it’s main base in Severomorsk north of Murmansk.