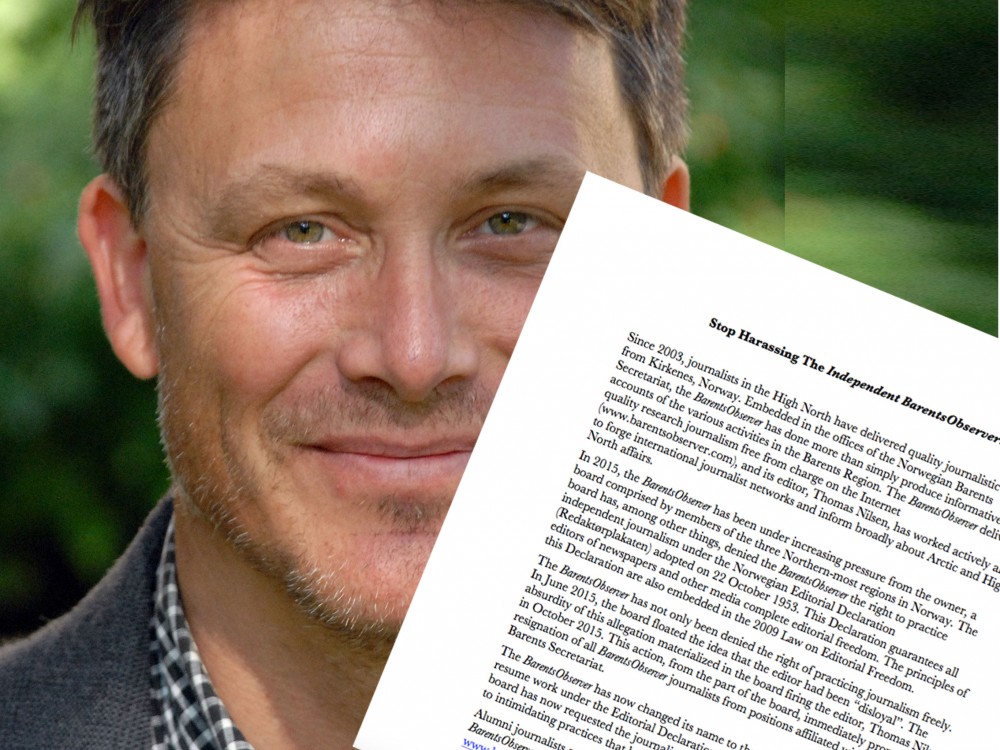 ”Enough is enough”, says Geir Flikke, Associate Professor at the University of Oslo. He now starts up a support petition for the newspaper among his research colleagues.

Flikke, a leading Norwegian researcher on Russia and post-Soviet territories, as well as Arctic relations, says that he is distributing the petition among his colleagues in Norway and abroad.

”I am concerned about the developments around the BarentsObserver,” Flikke says.

The new and independent newspaper, which started up on 22 October, came under fire from the very first day. The board of the Norwegian Barents Secretariat announced that it considers legal action against the independent site, arguing that it has owner rights to the name.

The journalists of the new online paper, all former employees of the Secretariat, rebuff the allegations and intend to keep on publishing under the name.

Flikke underlines that the Barents Observer has become an important source for quality research journalism about the High North.

In the petition, titled ”Stop Pressuring The Independent BarentsObserver!” he calls on Norwegian and international researchers to urge the Barents Secretariat owners to leave the newspaper to practice free journalism without further interruptions.

The letter is addressed to ”researchers, journalists and other members of the interested public.”

The staff members of the newspaper have over many years won acknowledgement for their coverage of the Barents Region and the Arctic.

The Independent Barents Observer is established by the journalists who previously operated BarentsObserver.com. Following a string of suppressive action from the owners, the journalists decided to break out and establish the independent newspaper.