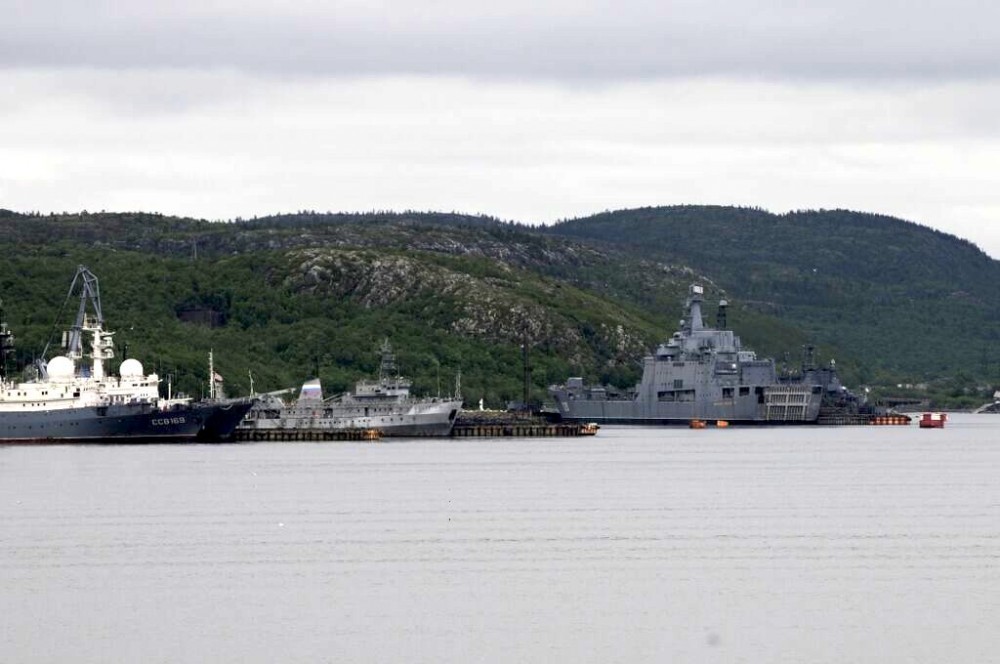 Okolnaya port facilities north of Severomorsk in the Kola Bay is the largest weapon storage facility of the Northern fleet. This was the last port "Yauza" visited in Russia before sailing south. Photo: Thomas Nilsen

“We have no details about the cargo onboard,” says Eldri Holo with the Norwegian Radiation Protection Authorities.

The vessel “Yauza” made port-call to Okolnaya naval munitions depot north of Severomorsk on Russia’s Kola Peninsula on September 10th. Immediately after, the vessel started the voyage around the coast of Norway towards the Mediterranean.

The vessel is a special purpose ice-classed cargo vessel that traditionally sails cargo between the Kola Peninsula and the nuclear weapons test range at Novaya Zemlya in the Arctic.

In 2012, “Yauza” was re-commissioned after getting an extensive overhaul at the Nerpa shipyard north of Murmansk. In May this year, the vessel was again handed over to the navy.

“The Norwegian Radiation Protection Authorities have no details about the cargo onboard,” answers Eldri Holo, Head of Section for Emergency Preparedness with the Agency when asked about the voyage.

The facilities at Okolnaya where “Yauza” made her last port call before sailing around the coast of Norway is the main naval nuclear weapons storage, in addition to storing different kind of other missiles and weapons for the Northern fleet.

Russia has over the last few weeks transported loads of military hardware and personnel to Syria in connection with the involvement in the ongoing warfare.

According to a tweet posted by the blog-site 7 Feet Beneath the Keel, “Yauza” this week completed a 6-days transit from the Russian Black Sea port of Novorossiysk to the naval base Tartus in Syria. The blog-site has followed AIS tracking of the mysterious Russian naval vessel until making port-call in Tartus on Tuesday.

Several other twitter accounts have over the last week posted photos of “Yauza” as she sailed through the Bosphorus Strait. The photos shows several containers on deck.