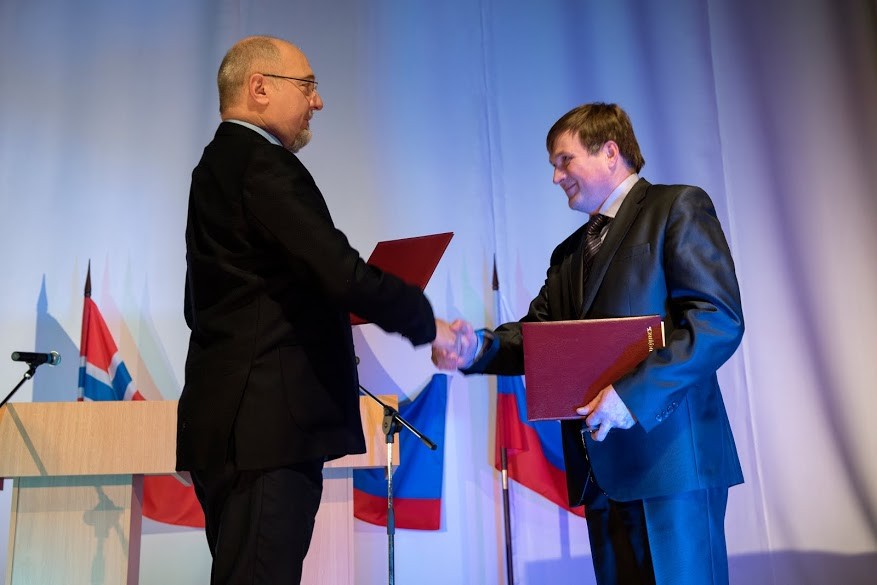 International relations might be under change, but the relationship between people, the human contacts and the so-called people’s diplomacy, remain intact, Murmansk government minister Yelena Tikhonova said at this week’s Russian-Norwegian Border Days.

Opening the event, the fifth of its kind, Tikhonova underlined that the two neighboring municipalities of Pechenga and Sør-Varanger must continue to develop cooperation.

”We clearly understand that the sustainable social and economic development of Murmansk Oblast will not be possible without developing international economic relations and cross-border cooperation”, the minister said, a press release from her regional government reads.

She admitted that sanctions and counter-sanctions have have their toll on bilateral trade relations, but at the same time stressed that cross-border regional cooperation remains intact, with regard to municipal relations, tourism, culture, as well as business.

”What really matters is that we over the years have learnt how to react to contemporary challenges and resolve joint regional problems”, she said, adding that ”even in these difficult times, we remain committed to the traditions of cross-border cooperation”.

The Border Days were held this week in Nikel and Zapolyarny, the two towns located only few kilometers from the border to Norway. The event is organized by the regional government in Murmansk in cooperation with local authorities in Pechenga and Sør-Varanger, the Russian and Norwegain border municipalities.

The event included the signing of a new cooperation agreement between the two municipalities.

As previously, both Pechenga Mayor Aleksandr Morozov and his Norwegian counterpart from Sør-Varanger Rune Rafaelsen were this fall elected new local leaders in the municipalities.