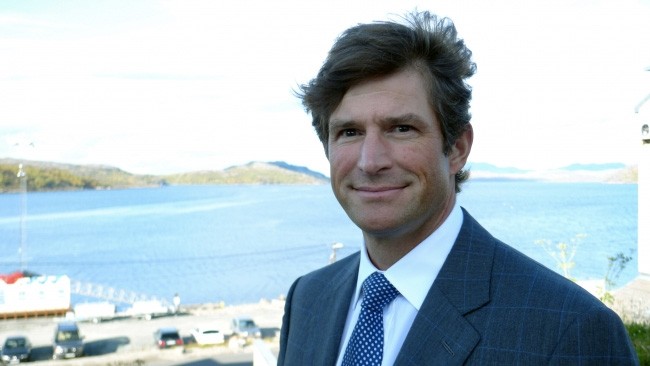 We know nothing about the company’s planned moving of transshipment activities from Kirkenes to Murmansk, Jacob Stolt-Nielsen says.
By

”We know nothing about this, and hope it is not correct”, Stolt-Nielsen says to the Independent Barents Observer. He indicates however that the Russian company over the last three years has been under pressure to move the reloading business back to domestic waters.

”Lukoil is pleased with our services in Kirkenes”, Jacob Stolt-Nielsen underlines. ”We are well established [in Kirkenes] and are getting good feedback from the customer”, the Norwegian company owner adds.

Over the last years, Norterminal, a company fully owned by Stolt-Nielsen, has engaged in extensive reloading of oil from Lukoil’s Arctic fields. In 2015, the volumes amounted to about 7 million tons.

The oil comes from Varandey, Lukoil’s out-shipment terminal on the Pechora Sea coast. It is reloaded ship-to-ship in the fjord outside Kirkenes, the Norwegian border town, and thereafter shipped to Rotterdam and other west European ports.

Stolt-Nielsen suspects that the speculations over Lukoil’s business in Norway could somehow be related with Gazprom-Neft’s new reloading facility in the Kola Bay. Gazprom recently announced that the tanker ”Umba” will serve as terminal tanker for oil from the Prirazlomnoye and Novy Port fields.

As previously reported, Norterminal has major plans for its cooperation with Lukoil. A projected new land-based terminal near Kirkenes will have an initial oil storage capacity of 700.000 cbm and an annual capacity of 20.000.000 tons. Until the new terminal is built, Norterminal intends to continue with ship-to-ship reloading of the Russian oil.