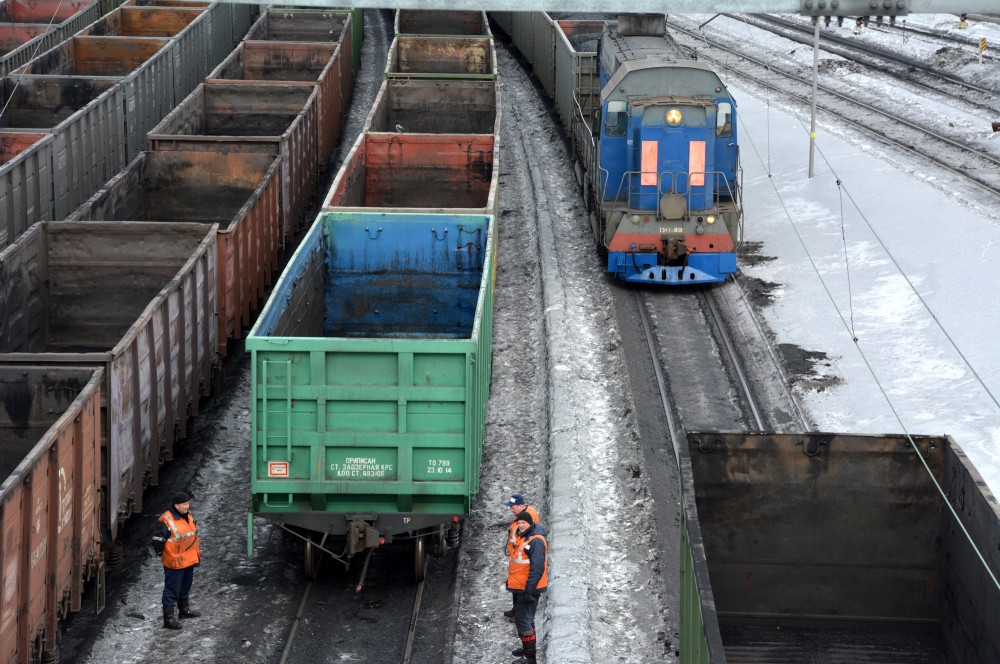 A connection should be built between the city of Vorkuta and the settlement of Ust-Kara on the Kara Sea coast, says Komi leader Sergey Gaplikov.
Read in Russian | Читать по-русски
By

Grand new infrastructure initiatives come one after another as northern Russian governors seek a role for their regions in the country’s current Arctic hype. Komi leader Sergey Gaplikov is no exception.

In last week’s Arctic Commission summit, the regional leader proposed the construction of a railway line between Vorkuta, the coal-producing city north in the Komi Republic, and Ust-Kara on the Kara Sea coast. The project, branded as the «Karskomur», will complement other projected infrastructure initiatives in the Russian Arctic, Gaplikov argued in a speech delivered in the meeting.

The rail connection would be about 200 km long and cross the Nenets tundra to the northern part of the Komi Republic. Ust-Kara is located on the coast of the Baydarata Bay in the southern part of the Kara Sea. It has a population of about 550 people and is today fully dependent on outside supplies through its local Arktur port.

Komi leader Gaplikov does not appear to see any major conflict of interest with other infrastructure projects currently promoted by neighbouring regions, among them the railway lines to Sabetta, Indiga or the Belkomur line to Arkhangelsk. On the contrary, the Karskomur line should be incorporated in the Northern Latitudinal Railway, the major infrastructure plan of the Yamal-Nenets Autonomous Okrug, Gapolikov argues.

«Vorkuta has a wide range of advantages which will allow the area to become one of the centres for Arctic development», he underlined in the Commission meeting.

According to Gaplikov, the new infrastructure would provide a new valuable transportation link for the region’s rich resources of coal, oil and gas and other minerals and metals. The buyers would be located in Asia and the Ust-Kara port of Arktur would be built to handle Arctic shipping along the Northern Sea Route.

The regional leader now calls on the Russian Academy of Science to conduct an economic feasibility study on goods transportation on the proposed railway line and its inclusion in federal transportation development programs.

Vorkuta is well known as Russia’s northern coal extraction center and reserves remain abundant. According to the Komi governor, the deposits surrounding the town amount to 7 billion tons and are Europe’s biggest. Development prospects, however, are bleak. Estimates say that coal production will shrink from the current 9,6 million tons per year to only 2 million tons after year 2030 unless measures are taken.

The annual coal production in Vorkuta should be at least 15 million tons, Gaplikov said in the Arctic Commission meeting.

The Arctic Commission session was held in Moscow and chaired by its leader Deputy Prime Minister Dmitry Rogozin. The commission includes a wide range of representatives of federal government authorities, businesses and the regions in the country’s north.

A total of eight federal subjects have territories which are included in the Russian Arctic Zone. The Komi Republic has only the northernmost part of its land included in the zone - the area which includes the towns of Vorkuta, Inta and Usinsk.