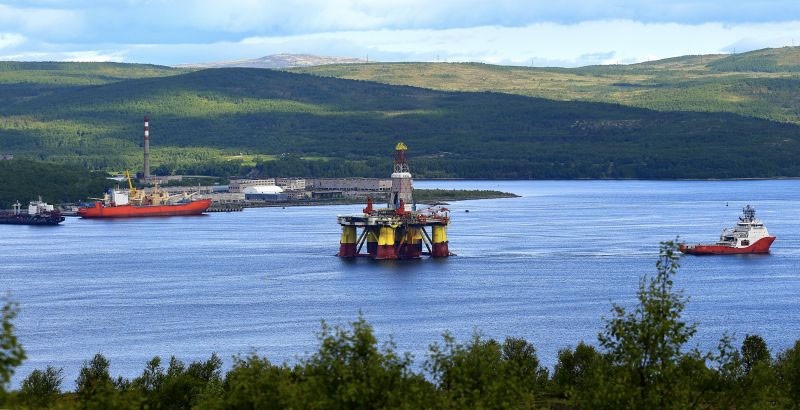 It was heavy lift vessel “Hai Yang Shi You 278» that on 23rd June sailed into the Kola Bay with the semisubmersible rig onboard. Two days later, representatives of port company Rosmorport unloaded the rig and put it on the waters just few kilometres from downtown Murmansk.

A total of six tugs and support vessels were involved in the operation, Rosmorport informs.

It is the second year in a row that the «Nan Hai Ba Hao» is in the Russian Arctic to drill for hydrocarbons. The rig also known as the «Nanhai VIII» was in the summer of 2017 transported to Murmansk by the same «Hai Yang Shi You 278». It soon later set course for the Kara Sea where it drilled a well at the Leningradskoye field, a license owned by Gazprom.

The license covers an area located west of the Yamal Peninsula in the Kara Sea.

It is not clear whether the «Nan Hai Ba Hao» will drill on the same license area as in 2017, but is likely that the operations are conducted in cooperation with Gazprom.

The Russian natural gas company has more than 30 offshore licenses, most of them in Arctic waters.

The 15,469 deadweight ton installation is owned by China Oilfield Services Limited (COSL). It can operate on water depths down to 1,400 meters. The drilling depths can be 7,600 meters. The rig has on previously occasions been on drilling assignments in the Russian far east.