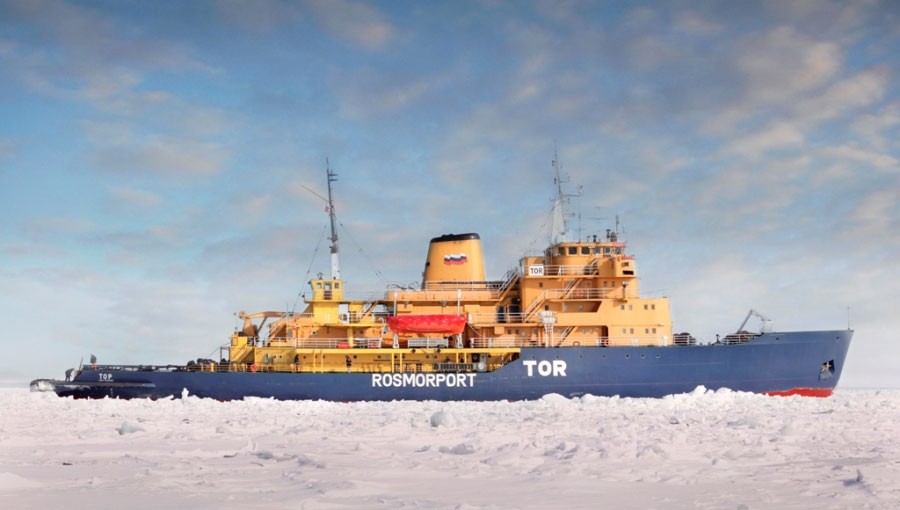 The diesel-engined «Tor» on Tuesday morning issued a plea for help to Norwegian rescue services.
Read in Russian | Читать по-русски
By

There is stormy weather on the west Norwegian coast and the Russian icebreaker on Tuesday morning reported that it was experiencing a halt in engine power.

The ship was located off the coast of Ålesund when the situation occured. A helicopter from the Norwegian Joint Rescue Coordination Centre quickly made it to the site, and tugboats are on their way, the rescue service informed.

There are 33 people onboard the ship that is owned and operated by Rosmorport, the Russian state port and logistics company.

The 84,5 meters long «Tor» is built in 1964 and has St.Petersburg as its home port. It is on its way to Sabetta, the Russian seaport in the peninsula of Sabetta.

According to Norwegian rescue services, the ship later in the morning retained parts of its engine power and the situation is no longer consider critical, broadcaster NRK reports.