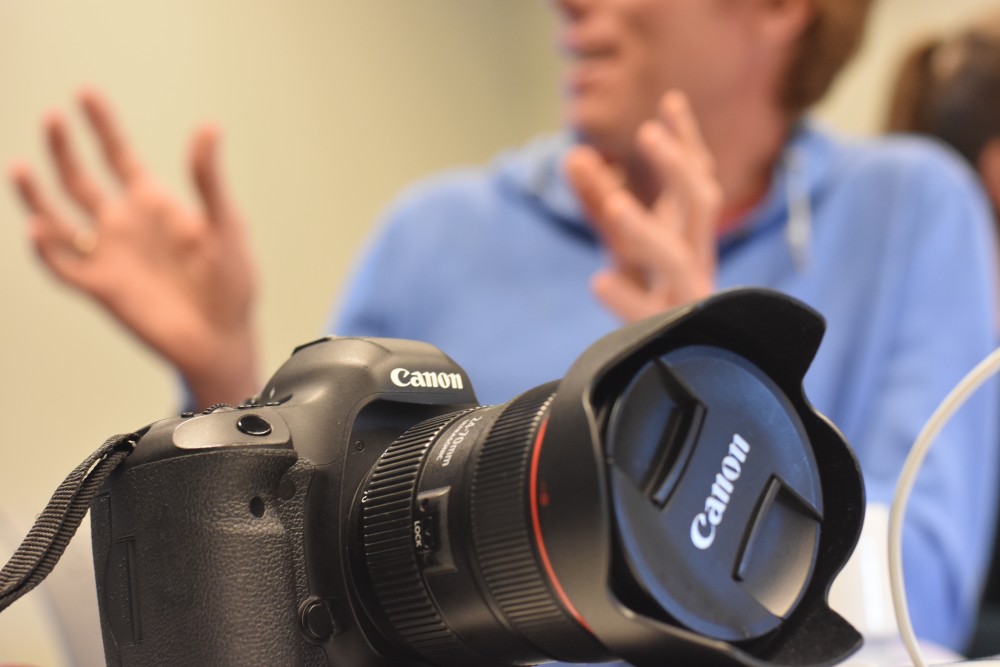 Not one single parliament member voted against when the State State Duma on Thursday adopted the third and final reading of the law giving authorities the right to designate any writer, photographer or video-blogger as ‘foreign agent’.
Read in Russian | Читать по-русски
By

The amendment to the law on mass media, which thematically is sorted under «Defense and security» by the Russian lawmakers, now equate any individual blogger or journalist with media outlets in regards to who can be labelled as ‘foreign agent’.

311 deputies supported the legislation and four abstained. Nobody voted against, and the law will be enforced as soon as the President signs.

Virtually any Russian citizen who receives money from abroad and then publish a text, photos or a video, can now fear being victims of the infamous ‘foreign agent’ law.

When the first law was introduced in 2012 non-governmental organizations (NGOs) could be included. In 2017, the law was extended to include foreign funded media outlets.

Pavel Andreev is publisher of 7x7 Journal, a news-online based in Syktyvkar but with a network of bloggers and journalists around Northwest-Russia. He says to the Barents Observer that the law is another major anti-democratic move.

«The initial idea of adopting the law on foreign agents was to destroy independent human rights organizations from getting integrated links with the international community and institutions,» Andreev explains.

«But, Russian civil society was rebuilt,» he continues.

He makes clear: «This law is another anti-democratic initiative among many others. It is intentionally written in an unspecific and widespread manner, so it can be used for targeted repressions against any active citizens.»

«Who will be the first victims is still difficult to guess,» Andreev says.

Earlier this week, the 7x7 Journal was one of the receivers of the Free Media Awards 2019.

The award was given by the Norwegian Fritt Ord foundation and the German-based ZEIT-Stiftung. Pavel Andreev and his 7x7 Journal network got the award «for their unique teamwork and cooperation between journalists, bloggers and activists.»

If funded by a foreign source….

In practice, this is what can happen: A local journalist somewhere on the remote countryside in northern Russia writes a text in cooperation with one or more colleagues in, let’s says Norway. If this collaborative work is funded by the Norwegian partner, and the Russian reporter gets €100 payment for the work, the article is published by a Russian media, or blog-site, then the person risk ending up as a ‘foreign agent’. If authorities for one reason or another don’t like the content.

Anna Kireeva is Chairperson of Barents Press Russia, an informal network of reporters in the northwestern part of the country, set up to foster cross-border cooperation with journalists in northern Norway, Sweden and Finland.

«From the text of the law I can make a conclusion that Russian journalists now take a risk of being foreign agents. Either when receiving travel grants from international institutions for doing journalism abroad, or when they are invited to speak at an international conference when this is paid by the foreign organization,» Kireeva says.

She underlines that she and her colleagues respect Russian laws and don’t want to violate any, but says «there is a need in making clear, precise and understandable rules.»

«Otherwise, I’m afraid we are going to loose all the good cooperation both Russia and the other Barents countries have been carefully developing for several decades.»

Anna Kireeva gives one recent example of what might be in jeopardy.

Her concerns are shared by Scandinavian journalists cooperating across the borders to northern Russia.

He says Russian journalists are an important and integral part of the successful Barents Press cooperation all back since 1994.

«For a long time Russian and Scandinavian journalists have been able to meet, exchange ideas and grow as journalists with an glimpse over the ‘divide’. In my mind, the current geopolitics require more cross border journalism on all spheres, not less,» Andersson Rask says.

«I’m afraid that this legislation will dampen the curiosity about each other, and I also believe that it’s the opposite of what Russia wants to portray itself as,» Tim Andersson Rask says.

«The media image of Russia is already focused on the confrontation, and the Scandinavian audience will now loose even more coverage of everything below the Kremlin.»

«In our network,» he underlines, «is Russian colleges an integral part of work for foreign journalists.»

Also organizations working with freedom of expression are deeply worried about what now happens.

«The Russian state continues to smother the last vestiges of free speech, and this effort puts a whole new set of constraints on journalists, bloggers, and potentially other individuals who post content online. As room for free speech online tightens, this law reinforces the atmosphere of fear in Russia. It recalls an earlier era of suppression in the Soviet Union, when expressing one’s opinion was dangerous, and free conversations and ideas were confined to kitchens and secret gatherings. We call on Russian lawmakers to reverse this legislation as a threat to free expression throughout Russia,» Kovaleva says in a press-statement sent to the Barents Observer.

One of the Russian lawmakers that voted in favor of the bill on Thursday, Sergey Boyarsky, explains the background.

«This is a set of tit-for-tat measures and tools that can be used in the event of further unfriendly steps to restrict the work of our media outlets abroad,» he told Meduza.

You can help us write more about media-freedom in the Barents Region.

For 17 years, the Barents Observer has provided serious, fact-based stories about life and developments in the North. Please help us to strengthen our independent journalism. Get engaged, give a small donation. Thank you!