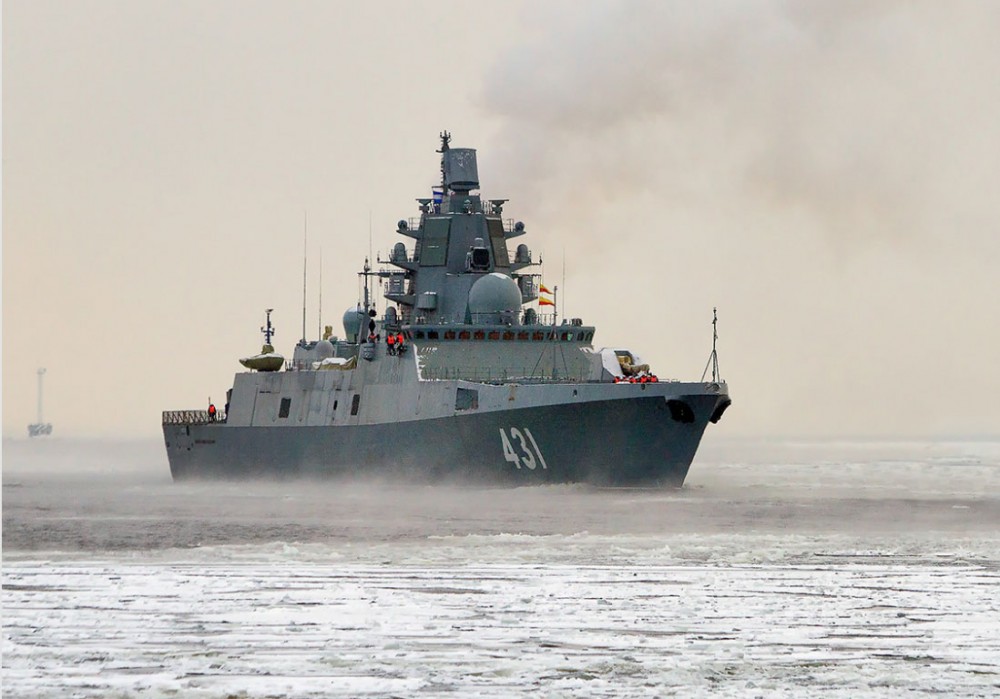 The «Admiral Kasatonov» is to be officially included in the Russian Navy in the course of 2019.
Read in Russian | Читать по-русски
By

The 135 meter long vessel on 20th November started sea trials in the White Sea. Planned exercises include interaction with aviation and testing of weapon systems, the Northern Fleet informs.

This week, fighter jets Su-24 were engaged in the training along with helicopters type Ka-27 and Ka-31.

The «Admiral Kasatonov» will be the second new frigate that is included in the Northern Fleet in few months. In July 2018, the «Admiral Gorshkov» was officially handed over to the naval force.

Both ships are built at the Severnaya Yard in St.Petersburg.

The vessels are the first ships built of new Russian frigate class Project 22350, a multipurpose fighter ship that is capable of taking on enemy underwater and surface ships, aviation, as well as coastal objects at distances of more than 1,5 km.