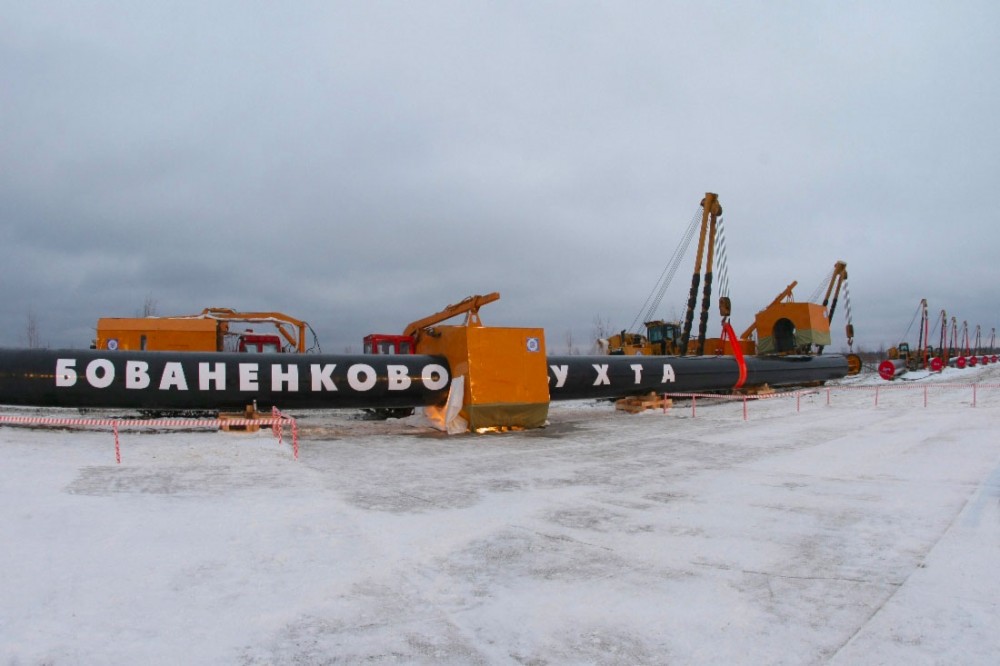 The Bovanenkovo-Ukhta pipelines carry up to 115 billion cubic meters of natural gas per year. Photo: Gazprom

A potentially critical situation might have erupted in the Baydarata Bay with two of the pipelines that bring natural gas from the Yamal Peninsula.
Read in Russian | Читать по-русски
By

According to Interfax, one of the four pipelines that connect the Yamal Peninsula with the Nenets coast made it to the surface of the remote Arctic bay already in 2018.

Now, the situation has happened again, the news agency informs. This time, it is the 4th and newest pipeline that has broken off from the sea bottom.

The pipelines bring up to 115 billion cubic meters of gas per year. A lion’s share of it sent further to consumers in the European Union.

Gazprom is now in the process of hiring a contractor for complex engineering studies in the area, whereupon reconstruction will be conducted.

Up to 9,2 km of pipelines will have to be repaired, Interfax reports with reference to technical documents from the company.

Gazprom now intends to dig a five meter deep trench on the Baydarata sea bottom where the affected pipelines will be laid. The works are reported to be made in the period 2022-2023.

It is not known to what extent the surfacing of the pipelines have jeopardized security and affected gas supplies from the Yamal fields.

The 180 km long Baydarata Bay has very shallow waters and is covered by thick ice through major parts of the year.

The Bovanenkovo-Ukhta pipelines were laid across the bay in connection with Gazprom’s development of the giant Bovanenkovo field in Yamal. Of the total length of about 1200 km, a total of 287,2 km is placed on the sea bottom.

The infrastructure is of crucial importance for the company’s grand regional plans and will ultimately carry natural gas also from several more regional fields. Among them is the Kharasavey field that is to come into production in 2023.

The works with the first of the Bovanenkovo-Ukhta pipelines were started in 2008 and the first gas was pumped through the installation in 2012. The last two pipelines were completed in 2017.

The pipelines have a diameter of 1420 mm and have a pressure of 120 atmosphere. A total of nine compressor stations are serving the gas infrastructure.