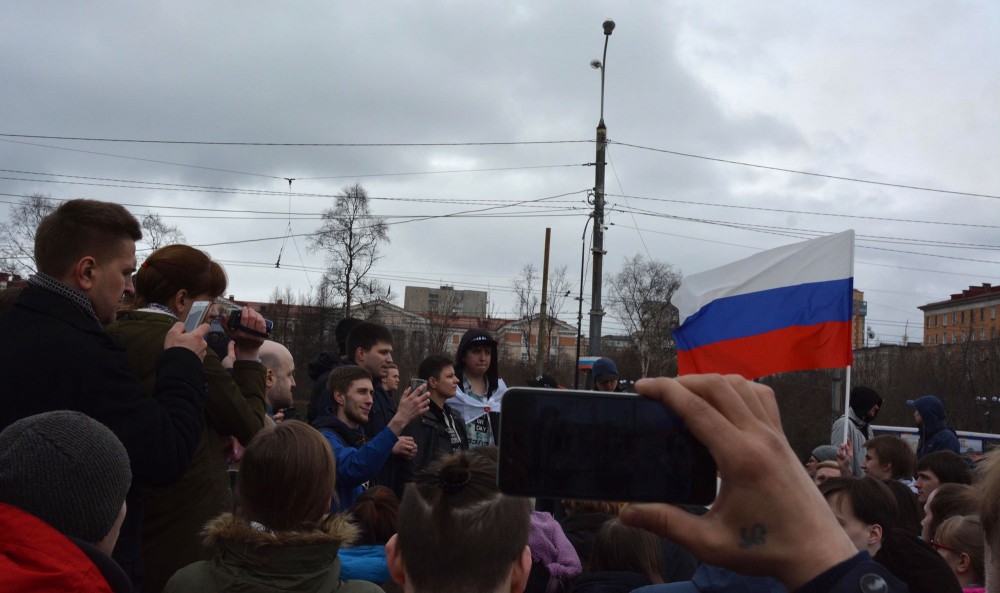 The first five individuals were this week put on the list of Foreign Media Agents. Many more could soon follow.
Read in Russian | Читать по-русски
By

It has been a year of power consolidation for Vladimir Putin and his surrounding friends and allies. Major constitutional amendments were approved in a referendum and the Kremlin appeared to have gotten the public support it needs for a continued course of policy.

Still, the strongmen that have ruled the country for the past two decades look increasingly anxious about their grip on power. That sense of unease is reflected in the series of recent repressive measures aimed at independent media.

On Monday the 28th December, the first five individuals were put on the federal list of so-called “foreign media agents”. Among them were three journalists, including Sergey Markelov from north Russian journal 7x7.

However, also two individuals that are not working directly as journalist were included, among them renown human rights activist Lev Ponomarev.

The Russian “foreign agent” law was originally passed in 2012 and then later expanded to include not only NGOs but also “undesirable” organizations and media outlets. From December 2019 the law has also encompassed individual journalists and bloggers.

Anyone who receives funding from abroad and expresses one’s opinion in the media could potentially end up on the list. Before 28th of December, only news organizations with foreign funding were listed. Among them Radio Svoboda, Current Time and Voice of America.

However, according to a Russian law expert, “several tens of thousands of people” could ultimately become “foreign agents,” and they come from far more occupations than journalism.

In a comment to newspaper Kommersant, the unnamed expert explains that the law can for example include also researchers that are involved in international projects and give a comment to one of the media organizations that are branded as “agent”.

The organizations and individuals officially listed as “agents” will have to mark all publications, news materials and social media posts with special warnings and also submit regular reports to the authorities.

In a comment to the new laws, Amnesty International’s Russia researcher Natalia Prilutskaya said that “the bill signals a new witch hunt of civil society groups and human rights defenders standing up for justice and dignity.”

“The Russian authorities have already starved civil society financially and forced many organizations to close. Now, they are further demonizing individual activists,” she told the Moscow Times.

The expansion of the the foreign agent list is accompanied by several more media restrictions, including tighter control over social media.

In late December, the State Duma Committee on Information Policy supported legal amendments that will ban distribution on social media of information about illegal demonstrations and mass gatherings. Also information that expresses disrespect for society, the state, official state symbols, the Constitution and state authorities will be illegal.

The operators of the social media platforms will be obliged to take immediate action in cases when illegal information is revealed. That includes blocking of user posts and reporting to state media regulator Roskomnadzor, Kommersant reports.

At the same time, Moscow steps up efforts to protect its state-affiliated media. In a bill said to fight western censorship of Russian media, the Russian regulators will be allowed to fully or partly block social media platforms that limit publications from state media.

The blocking will be enforced by the Russian General Prosecutor in cooperation with the Ministry of Foreign Affairs, Interfax reports.