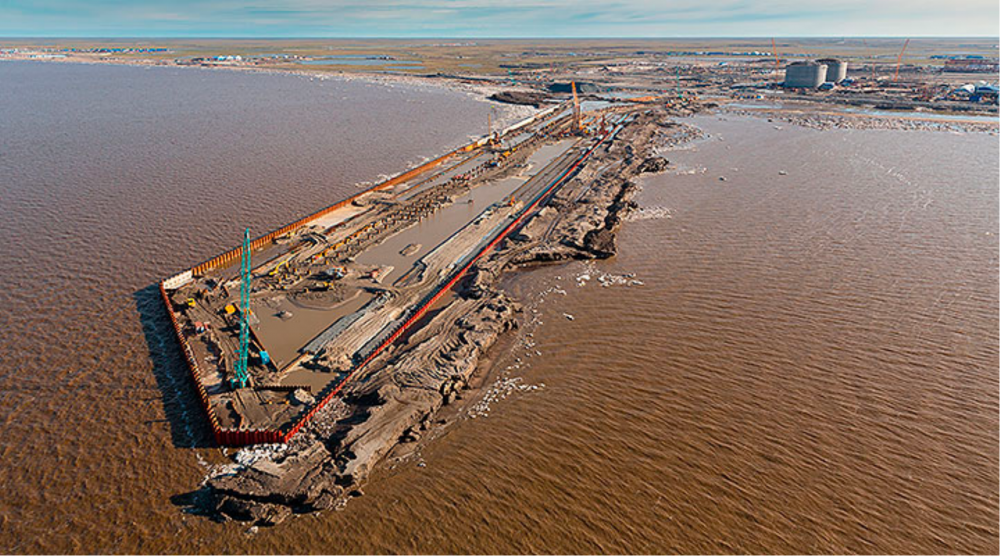 Illustration photo from the Gulf of Ob by mrts.rf

Rosneft officially starts construction of its Sever Bay seaport on the coast of peninsula Taymyr.
Read in Russian | Читать по-русски
By

There is still a thick layer of sea-ice in the Yenisey Bay. But ships have still made their way to the coast of the Taymyr Peninsula and set ashore about 20,000 tons of construction materials.

The shipments to the remote location mark the start of construction of what ultimately will become Russia’s biggest oil terminal in the Arctic. Included in the materials are heavy machinery, housing modules, communication equipment and other goods needed for the building of a project working village.

Ship tracking services have for the past days shown at least two vessels moored on the coast of the remote peninsula. Among them is the Mikhail Somov and the Akademik Tryoshnikov.

On site is now also a group of building experts from the Joint Energy Construction Corporation (OEK), Rosneft informs.

The OEK is specialising in major construction projects in the Russian energy sector. It has been heavily involved in several nuclear power projects, as well as hydro power projects, including in the Crimea.

According to Rosneft, Sever Bay terminal has been fully approved by the authorities, and engineers will soon start hydrotechnical works in the nearby waters and construction of port installations on the shore.

The terminal is a key component in Vostok Oil, the huge project that already by year 2024 is to deliver 25 million tons of oil. By 2030, the volumes will increase to 100 million tons per year. It is to be exported both westwards to European markets and eastwards to the Asia-Pacific region.

Rosneft is in the process of building the first ten ice-class tankers that is to shuttle to the Sever Bay terminal. The ships are built at the company’s own Zvezda Yard in Vladivostok.

The oil company argues that the Vostok Oil is “environmentally friendly,” and that it has “a very small hydrocarbon footprint”. Furthermore, the oil installations will reportedly be powered by wind turbines and associated gas.

Rosneft and its leader Igor Sechin has repeatedly pledged to President Putin that the Vostok Oil will help boost shipments on the Northern Sea Route to 80 million tons by 2024, the grand target set by Putin in his so-called May Decrees from 2018.

Vostok Oil is believed to be among the biggest oil projects now developed in the whole world. The resource base is estimated to more than 6 billion tons of low-sulphur oil.

More than 400,000 people are planned to be involved in the construction process that includes three new airports, two sea terminals, 15 working villages and a number of installations in the Yenisey river.

The Vostok Oil is not the only major industrial project now under development in the far northern Taymyr. Earlier this year, the company Severnaya Zvezda sent several shipments of construction materials to the site for its projected new coal terminal. The infrastructure object will be located in the Yenisey Bay, only few kilometres south of Rosneft’s Sever Bay.