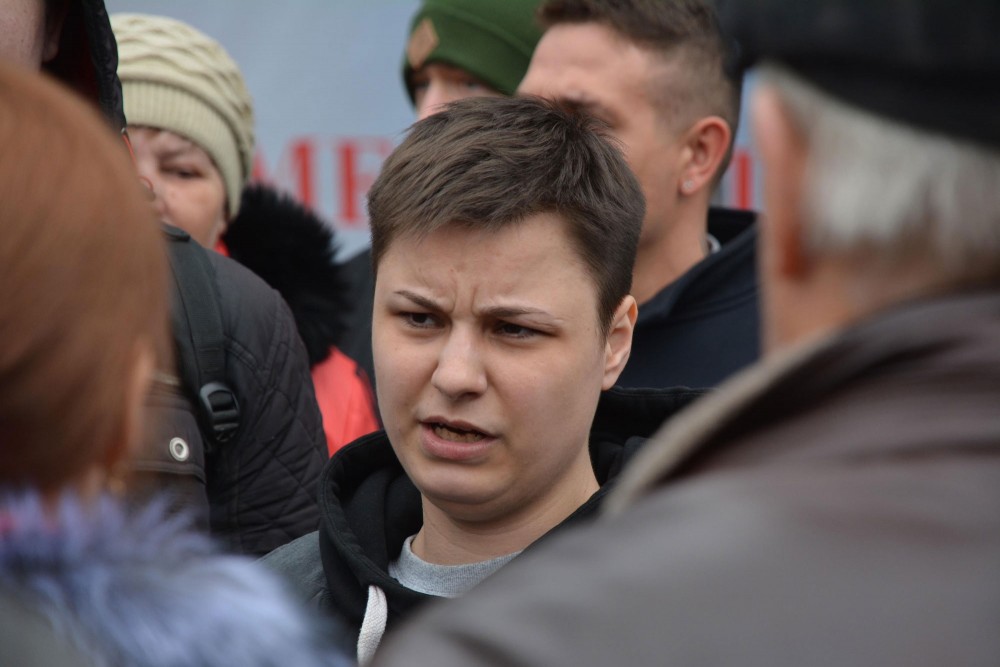 Violetta Grudina is not allowed to run for a seat in the Murmansk city council. Photo: Atle Staalesen

It is illegal and a disgrace, says the independent politician as the Murmansk election commission turns down her candidacy in the upcoming local vote.
Read in Russian | Читать по-русски
By

You might think that the Murmansk City Council election goes under the radar of Russia’s stringent election authorities.

Officials on all levels across the country are now cracking down on candidates that might pose a challenge to the regime’s ruling elites.

In Murmansk, the authorities have long strived to put a halt to the political aspirations of Violetta Grudina, the young woman that previously headed the local office of Aleksei Navalny.

First by means of intimidation, then by force.

On the very day that she announced her candidacy in the Murmansk City Council election, Grudina found her office door painted with a swastika and her mail box stuffed with accusations of child abuse. At the same time, someone shot with a gun against the windows of her workplace. Co-workers and campaigners have been harassed and detained in the airport on the ground of unfounded suspicion of possession of illegal drugs.

On the 15th August, Murmansk authorities forcefully hospitalized the young politician on the grounds that she allegedly had contracted Covid-19. However, Grudina was all healthy and had a negative test to prove her case.

Few days later, Grudina started a hunger strike in a protest against her hospital detention.

Despite the clampdown from the authorities, the politician managed to submit her candidacy papers to the regional election commission in due time.

But the bid to win a seat in the local city council came to a halt only few hours later when the regional election commission announced that Grudina was banned from running.

The commission unanimously decided that I will not be allowed to open an election campaign account and that I am not entitled to participate in the vote, Grudina says in a statement.

The decision is disgraceful and will be appealed, she underlines.

The 30-year old politician and activist is well familiar with repression and crackdown by the authorities. When heading the local Navalny office, she repeatedly stood trial in several cases and got several hundred thousand rubles in fines.

«This is not only dirty tricks from the authorities, it is deliberate sabotage,» she underlined.

The Murmansk City Council election is due 19th of September, the same day as the election to the State Duma.