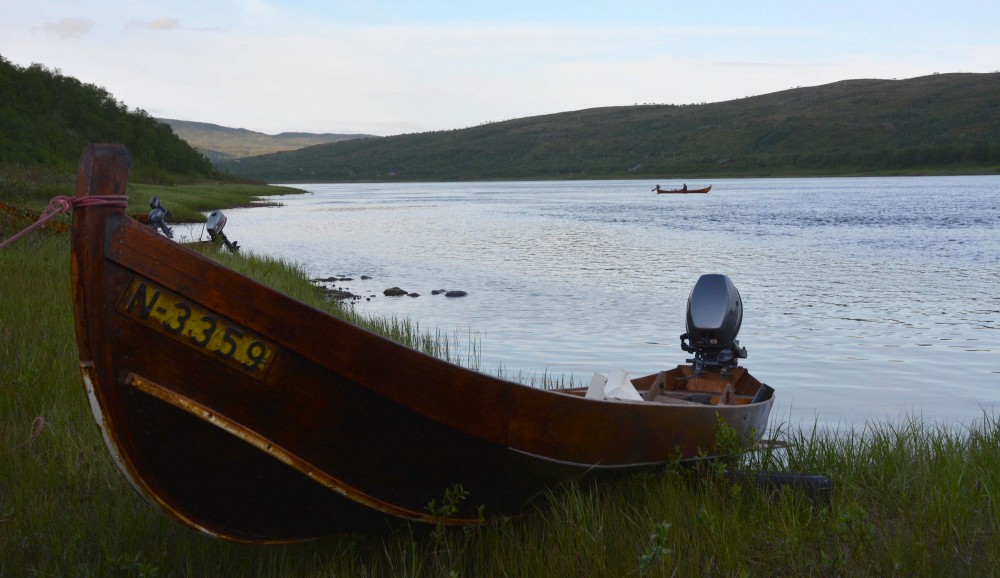 Glimmer of hope for the salmon of the Teno River

Finnish and Norwegian authorities in early 2021 imposed a total ban on salmon fishing in River Teno (Tana), something that had major negative effects on the local economy.

After a devastating drop in the salmon population, a glimmer of improvement can be seen already, according to the National Resources Institute Finland. The institute reports that the amount of spawning salmon has doubled since last summer in some tributaries.

Of the three tributaries examined in the Finnish side, researchers found that the spawning stock had doubled in two of them, and tripled in a third one since last summer. According to Panu Orell, researcher at the National Resources Institute Finland, this positive development is largely due to the fishing ban in the area. “The fishing restrictions have had the biggest impact on the spawning stock increase,” Orell says. “The fishing ban did what it was aimed to do, which is to allow the salmon to spawn,” he continues. Orell does mention that without the restrictions on salmon fishing, there would be at least 50 percent less salmon in the spawning areas.

While the news of increased spawning stock in the tributaries is positive, the situation is far from over. The amount of salmon that runs to the river from the sea has reduced by at least 50 percent since the researchers began reviewing the amounts. Even with the increased spawning stock, the amount is still less than the needed medium. According to Orell, this means that circumstances at the sea are still not optimal and not enough salmon is moving from the Arctic Sea to River Teno. In addition, Natural Resources Institute Finland reports that the salmon is mainly younger and smaller salmon, with very few of the larger salmon seen. Orell states that the natural conditions in the sea have not shown signs of improvement and not enough salmon runs from the sea to the river to spawn. On the positive side, the tributaries showed no signs of the invasive humpback salmon.

This positive change in the spawning stock confirms that the restrictive measures on salmon fishing are showing signs of success. It is yet unclear if this news will have an effect on the decisions whether or not to continue the salmon fishing ban for next year. Even with this increase, the amount of spawning salmon stock is still less than the regular medium. While the stock shows positive signs of recovery, it seems that the situation is far from over.