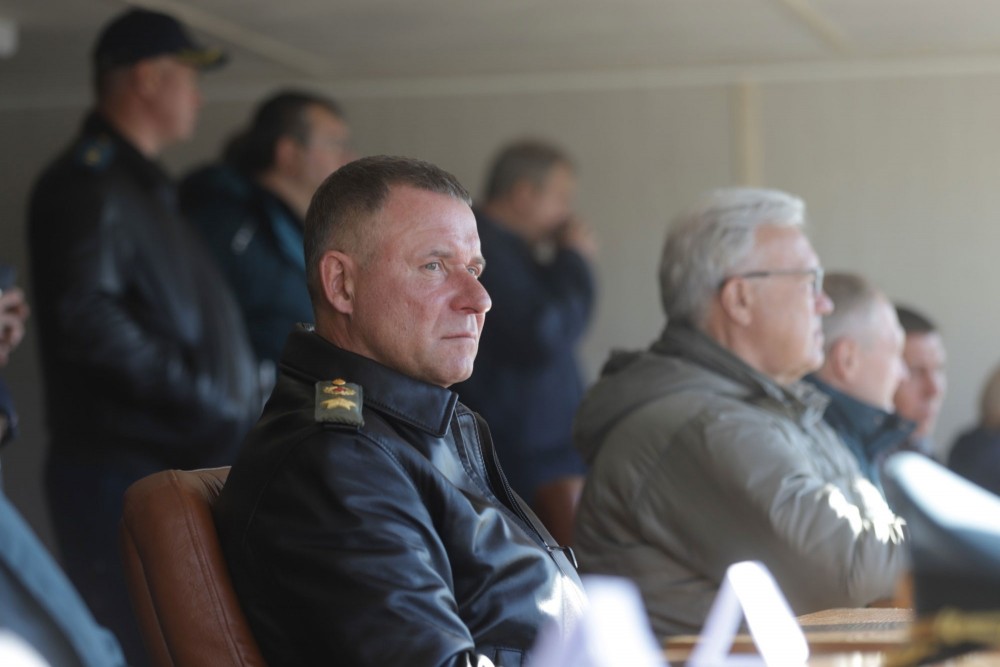 Yevgeny Zinichev was government minister and high-ranking leader of the FSB. Photo: mchs.gov.ru

The FSB general, Hero of Russia and Minister of Emergency Situations lives on in a huge gas condensate field in Taymyr.
Read in Russian | Читать по-русски
By

The field that will carry Yevgeny Zinichev’s name is one of the biggest discoveries of its kind in the Taymyr Peninsula. It holds 384 billion cubic meters of natural gas, Rosneft informs.

The resources were found in the Verkhnekubinsky license area, an asset managed by a joint venture of Rosneft and British oil and gas company BP.

The new field is located in the immediate vicinity of the Payakha area, the group of fields that constitutes a core part of Rosneft’s grand Vostok Oil project.

“The discovery is a confirmation of the major oil and gas potential of this territory,” the company says in a statement.

“To the memory of an outstanding state representative of Russia, the field will carry the name Hero of the Russian Federation Yevgeny Nikolaevich Zinichev,” Rosneft informs.

The Minister of Emergency Situations (EMERCOM) died under dramatic circumstances on 7th of September this year. In connection with a major Arctic exercise, Zinichev took off with helicopter to the Putoransky nature reserve where he along with several colleagues, as well as film director Aleksandr Melnik, were to visit a major waterfall.

Many of the circumstances of the accident remain unclear.

According to the official version presented by Russian authorities, Zinichev slipped and fell when trying to rescue Melnik. Both men subsequently fell many meters down a cliff and died.

The funeral of the minister was attended by President Vladimir Putin, who post mortem declared Zinichev a Hero of Russia.

Like Putin, the deceased state official had his background from the FSB. In the period 2016-2018, he served as Deputy Director of the Security Service and in 2018 he was a permanent member of the national Security Council. In December 2020, he was also given the rang as Army General

Zinichev had worked as Minister of Emergency Situations since May 2018.