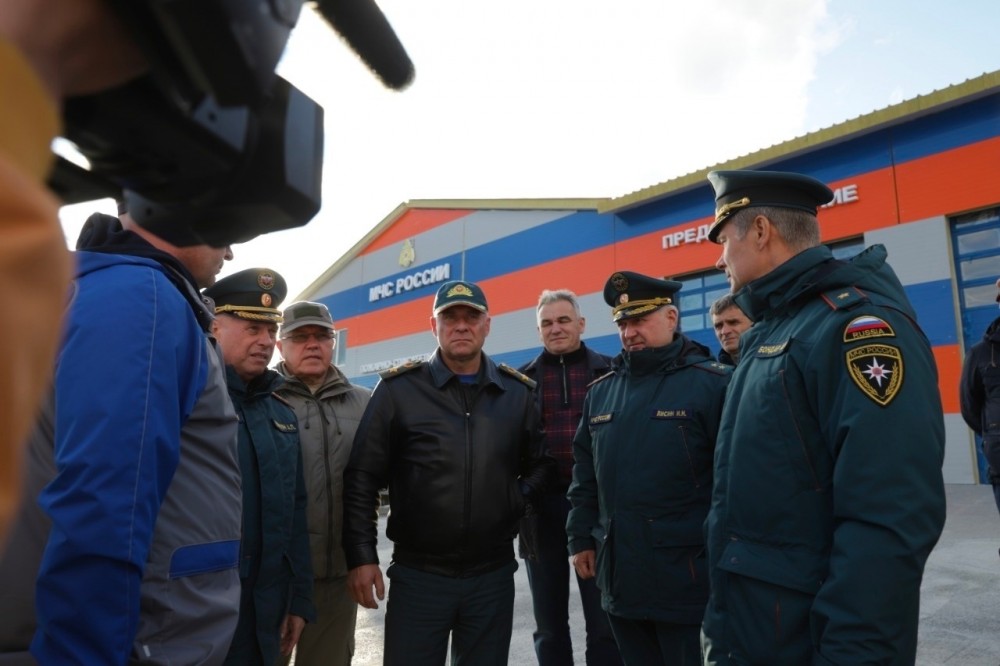 Yevgeny Zinichev lost his life when leading the biggest rescue and emergency exercise ever held in the Russian far north.
Read in Russian | Читать по-русски
By

Zinichev on Tuesday officially launched the exercise that is to test the capacities of the Russian civil defence forces in the northernmost parts of the country. The exercise is held as part of Russia’s chairmanship of the Arctic Council and includes extensive training with about 6,000 personnel in seven far northern regions.

But the exercise ended in tragedy for Yevgeny Zinichev. Under dramatic circumstances, the minister died when trying to rescue a cameraman that had fallen down from a cliff near the city of Norilsk.

Reportedly, the 55 year old top official jumped into the waters where film maker Aleksandr Melnik had fallen. In the jump Zinichev hit his head against a rock and lost his life.

A big number of people were on site and witnessed the tragic accident, Kommersant reports.

Also Aleksandr Melnik died in the accident. He was in Norilsk in connection with a new film on the Russian Arctic and the Northern Sea Route, the newspaper informs.

Condolences were on Wednesday issued by both the Kremlin and the Russian government.

“During his years in the organs of state security, as head of one of the most important federal ministries, he did a lot for the protection of national interests, prevention of emergency situations, handling of accidents, catastrophes and emergencies. Under the most complicated and dangerous circumstances he several times showed heroism,” Prime Minister Mikhail Mishustin says in a statement.

According to the Ministry of Emergency Situations, this week’s exercise unfolds across the Russian Arctic from Murmansk in the west to Chukotka in the east. It includes a total of 12 emergency scenarios, and up to 18 federal government institutions are involved.

“The format, geography and involved units are unique,” Zinichev said as he formally launched the exercise during his visit to Dudinka on Tuesday.

“It is the first time that this kind of exercise is organised in the Arctic, [and] the skills of each and every participating specialist are important and much-needed,” Zinichev explained and added that the training scenarios are all “characteristic for the Arctic region.”