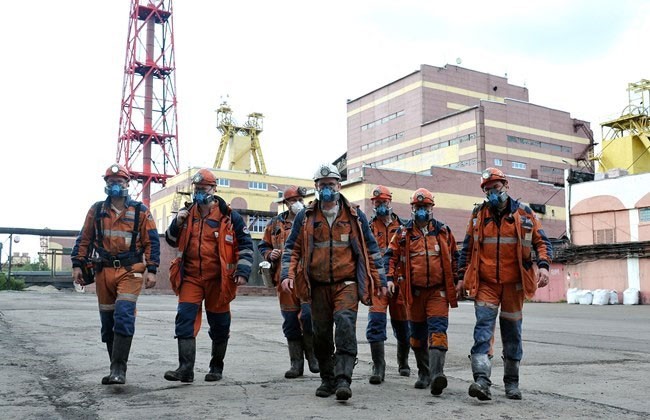 Roman Trotsenko acquires the Vorkutaugol from Severstal for €180,6 million.
Read in Russian | Читать по-русски
By

The businessman that is in the process of developing the remote Severnaya Zvezda coal project in Taymyr has acquired another far northern coal company. On the 1st of December, Russkaya Energiya informed that it is buying the Vorkutaugol in the north Russian Komi region for 15 billion rubles (€180,6 million). The seller is steel company Severstal.

The acquisition is to be completed in early 2022. It is covered by credits and Trotsenko’s own funding, Severstal informs.

Vorkutaugol is one of the biggest coal companies in Russia and accounts for more than 10 percent of the country’s coal production. The company operates five underground mines and an open pit. It also owns several subsidiary units.

It is Trotsenko’s company Russkaya Energiya that is behind the deal. The company is owned 70 percent by Trotsenko and 30 percent by General Director Andrei Tyasto, the former head of company A1.

“The acquisition of Vorkutaugol confirms our belief in the development perspectives of the Russian coal industry and the potential of the Arctic region,”  Tyasto says in a comment.

According to Severstal, the deal comes on the basis of the company’s strategy to streamline business activities and decarbonize industry.

“Within the frames of our ambitious program on decarbonization and by applying the newest technology we gradually lower consumption of coal [and] in the future this trend will increase thanks to the use of hydrogen fuel,” says Severstal General Director Aleksandr Shevelev.

Vorkuta has a population of about 52 thousand, most of whom are connected with the coal mining. The far norther town was established in 1936, and the coal mining was launched by GULAG prisoners. Thousands are believed to have vanished in the labour camps and the building of the mines.

The population of Vorkuta has been more than halved since the early 1990s. In 2016, the town was struck by a major accident in the Severnaya mine when two methane explosions triggered a rock collapse and fire. A total of 36 miners were killed.