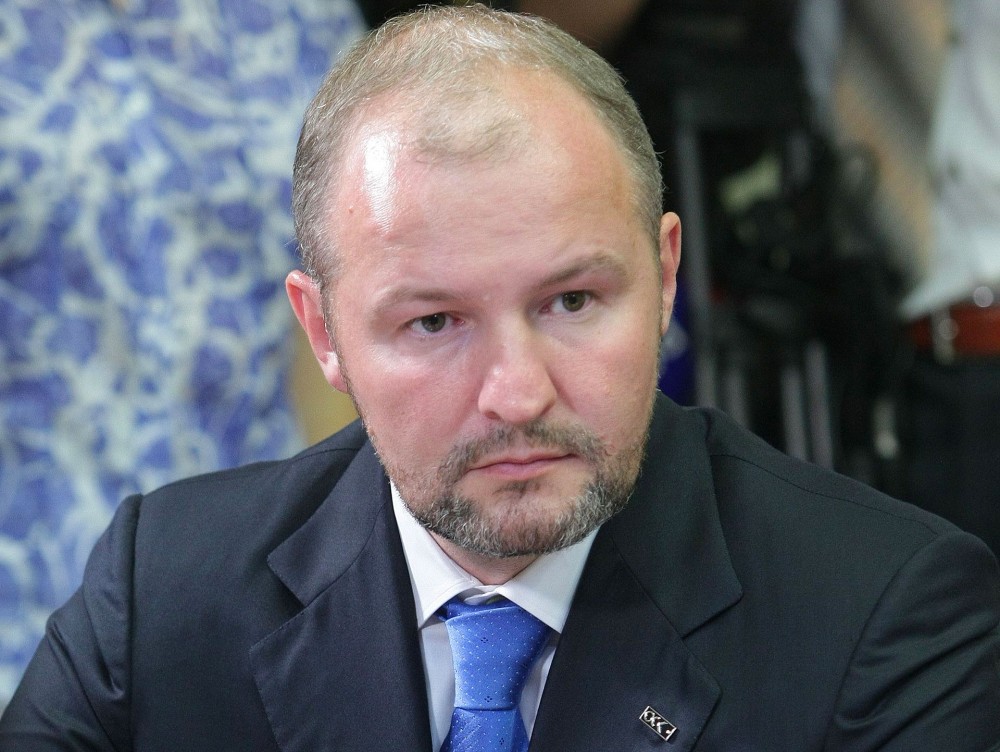 We have 600 men and 200 pieces of machinery on site, says Roman Trotsenko.
Read in Russian | Читать по-русски
By

Three months after the project was approved by a state expert commission, Trotsenko and his AEON confirms that construction is ongoing on the remote and desolate coast of Taymyr.

The sea terminal will be a key component in the development of the Syradasaysky coal field. Up to five million tons of coal will be exported from the site to buyers in Asia through the Northern Sea Route, the company says.

The terminal is to be ready for operation in 2023.

“We plan that the marine terminal will be built in 24 months,” Trotsenko told TASS.

In a meeting with regional Governor of Krasnoyarsk Aleksandr Uss in November last year, Trotsenko explained that the project will create up to 2,000 jobs and generate 6 billion rubles of tax revenues for the regional budget.

“This is a unique and complicated project, after all nobody have ever before figured out how to do large-volume production of coal under such climatic conditions,” Trotsenko told Uss.

He also said that the project includes the building of a 61 km long roof-covered conveyer belt that will connect the coal field with the sea terminal, as well as modern electricity stations “that will not require shipments of diesel fuel.”

The Syradasaysky field is located 105 km south of the town of Dikson and 460 km north of Norilsk. It has reserves amounting to 5,7 million tons of high-quality coal suitable for use in the metallurg industry.

It is company Severnaya Zvezda, a subsidiary of AEON, that stands behind the project. A key share of project financing is provided by Sberbank.

Behind AEON stands Roman Trotsenko, a well-connected businessman who on several occasions has made clear that he is ready to spend several billion dollars on Arctic mining and infrastructure projects.

Trotsenko and the Severnaya Zvezda intend to invest at least 35 billion rubles in the Taymyr coal project. And support from the federal government is solid.

The project that is formally branded as the West-Taymyr Industrial Cluster is included in a list of regional priority projects adopted by Prime Minister in late March this year.

While the Syradasaysky project forges ahead, the development of the nearby field licenses owned by Vostok Coal have come to a halt.