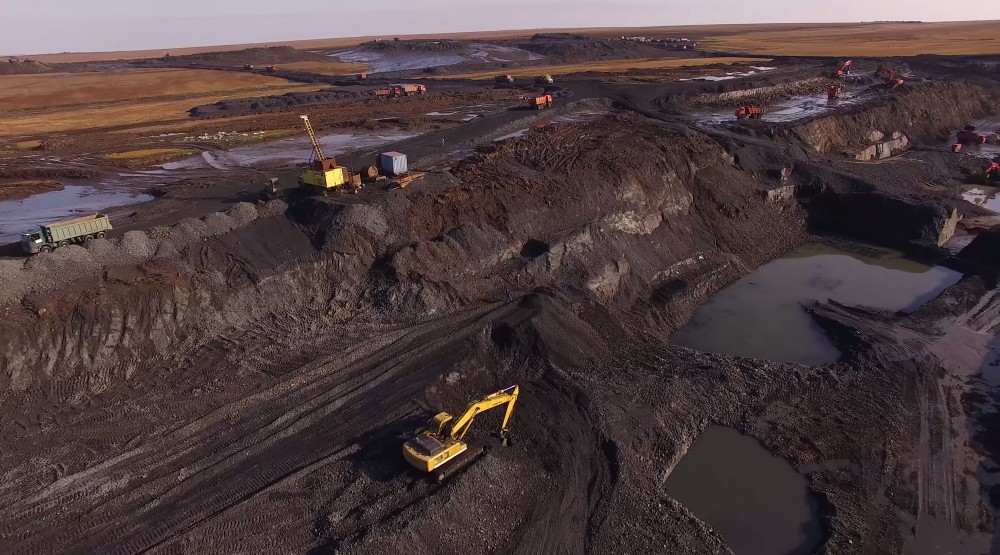 Vostok Coal is giving up its great Arctic project. The buyer of the vast coal reserves of the Taymyr Peninsula might be state nuclear power company Rosatom.
Read in Russian | Читать по-русски
By

By year 2024, the company intended to produce up to 20 million tons per year on the endless and vulnerable tundra lands. It would be a major contribution to President Putin’s ambitious plans for an annual 80 million tons of shipments on the Northern Sea Route by that same year.

Under the ground of great peninsula Taymyr lie large resources of high-quality coal. And the Russian extracting company intended to bring to the surface several hundred millions tons of it.

It is called anthracite, a hard kind of coal that contains extraordinary levels of energy.

Vostok Coal gained its first licenses in Taymyr in year 2014 and later strengthened its position in the area with a number of additional extraction licenses.

General director of subsidiary company Arctic Mining Company Vadim Bugaev told the press in 2016 that the company controls more than 50 production licenses in the peninsula.

The project included not only extraction of many million tons of anthracite, but also big investments in local infrastructure, including a major seaport on the coast of the Kara Sea.

Vostok Coal already in 2016 started a major dig in the area. But development of infrastructure is now believed to be significantly behind the company’s original time schedules.

In early December 2019, state consultancy company Glavgosexpertiza issued a positive assessment of the projected coal mine in Taymyr. At the same time, powerful buyers in India expressed interest in the Arctic resources.

The project was controversial from the start and a group of environmental inspectors in 2017 revealed grave environmental violations in the area, for which Vostok Coal was fined several hundred million rubles.

Despite the controversial character of the mining operations and the violations conducted by Vostok Coal, the company has still enjoyed support from powerful interests in the federal government.

According to newspaper RBC, it is the lower market prices on coal as well as the fine from environmental watchdog Rosprirodnadzor that is behind Vostok Coal’s pull-out of the project.

The company has now reportedly offered the project to Rosatom, the state nuclear power company with key responsibilities for the development of the Northern Sea Route.

But Rosatom might not want to take over the project. In an interview in December 2019, Rosatom representative Vyacheslav Ruksha made clear that he believes the coal project can be developed, but expressed criticism with the project follow-up of Vostok Coal.

«VostokCoal was to proceed with the next step of the project already in March, but until this day it has still not started up on site,» Ruksha said, and added that progress will be needed in the course of winter.