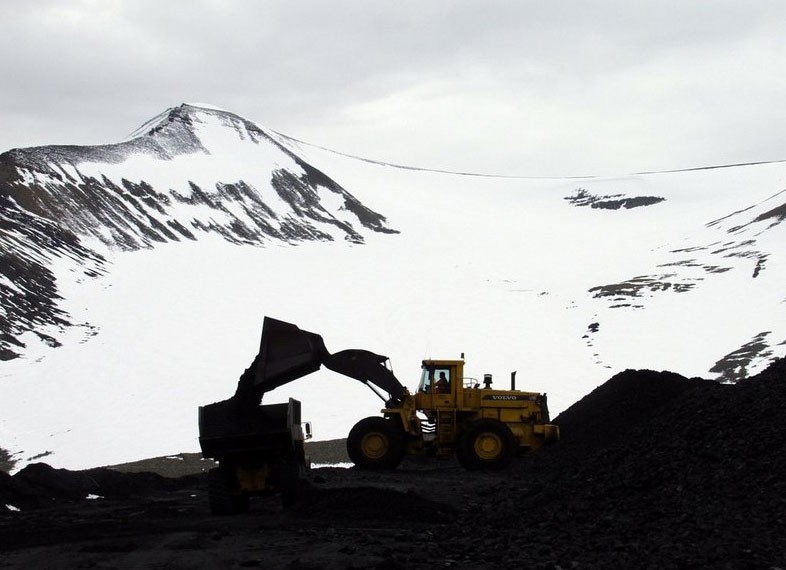 From the vulnerable tundra lands of remote peninsula Taymyr will soon be extracted many million tons of coal. Much of it will be shipped along the Northern Sea Route to India.
Read in Russian | Читать по-русски
By

It was not alternative and green power that was discussed when Indian Minister of oil, natural gas and steel Dharmendra Debendra Pradhan visited Russia last month.

The minister was on a four-day tour in the Russian Far East and he had with him a powerful delegation of leaders from the country’s biggest industrial companies.

It was coal that was on top of Mr Pradhan’s agenda as he sat down with Russian government officials and business representatives.

«Our negotiations must end with a successful project decision on the development of metallurgic coal, that is to be exported from Russia,» the minster said in a meeting with the Russian Ministry of the Far East and Arctic.

According to Pradhan, India needs about 70 million tons of high-quality coal for its aluminum and steel industry.

Pradhan and the Indian business leaders are looking towards the Russian Arctic, where they will find all the carbon-rich rocks they ever might need.

From Taymyr to New Delhi

Several new major mining projects are under development in the remote northern region. Among them is the projects of company Vostok Coal in the Taymyr Peninsula.

Vostok Coal plans to extract an annual 30 million tons of anthracite, a high-quality coal, from its fields in Taymyr.

Since 2016, the company has prepared the ground for a huge industrial project that includes several open pits and the building of seaports, roads and other infrastructure.

During the visit of Minister Pradhan to Russia, Vostok Coal held talks with representatives of Coal India, the state-controlled company, over the development of the Taymyr resources.

The Indian side expressed interest in establishing partnership relations both with regard to purchase of the coal and joint efforts for its extraction, Vostok Coal informs.

Coal India Limited is the largest coal-producing company in the world. It produces more than 500 million tons of raw coal per year and accounts for for more than 80 percent the coal production in India.

According to newspaper the Guardian, the Indian company is among the ten worst emitters of climate gasses in the world. Since 1965, the company is believed to have emitted more than 23 billion tons of carbon dioxide equivalents.

Emissions are likely to increase as the company continues to increase production and hike imports.

Vostok Coal believes that the lands of the Taymyr tundra hides unprecedented volumes of coal. According to the company, the Taybass - the Taymyr coal basin - has as much as 225 billion tons of high-quality coal.

Not only Vostok Coal is represented in the region. Also company Severnaya Zvezda owns production licenses in the area and intends to send millions of tons out from a new port terminal located near Dikson on the Kara Sea coast. The company’s Syradasayskoye field is believed to  hold about 5,7 billion tons of reserves and annual production is to reach at least 10 million tons. Production start is set to 2020.

Russia can offer what India needs, the Russian Ministry of the Far East and the Arctic underlines. In last month’s meetings with the Indians, First Deputy Minister Sergey Tyrtsev confirmed that Russia by year 2025 will be able to increase its exports to India by 700 percent.

«I believe that we will able to boost the volumes of our deliveries to India six-fold, to 28 million tons by 2025,» he said.

The outlined volumes are equivalent to the combined production targets of Vostok Coal and Severnaya Zvezda.

The coal exports from Taymyr constitute a core part of Russia’s ambitious development plans for the Northern Sea Route.

That objective will not be possible to reach without the coal from Taymyr.

The Arctic cooperation between Russia and India consequently comes with backing from the highest political level in Moscow.

The massive coal extraction on the Arctic tundra does not come without grave environmental impact.

According to the environmental inspectors, Vostok Coal has inflicted serious damage to local environment and did not have the permissions needed.

The inspectors reportedly found about 70,000 tons of extracted coal stored on site. In addition, more than 180,000 tons were exported in a complex logistical operation in winter of 2017.

The Vostok Coal in 2016 started digging in the Taymyr Peninsula and soon posted several videos about developments.

The company denies any wrongdoing. The extracted coal is part of geological testing of the area, it argues.

Following the inspection, the company even tried to sue the representatives of the environmental agency for illegal entry to the production area. The court rejected the case.

Despite the violations, Vostok Coal and its partners got federal authorities’ blessing for the building of two major seaport terminals on the coast of the Kara Sea.

The two projected seaports, the Chaika and the Severny, are to provide the necessary infrastructure for the export of coal from the nearby mines.

However, the problem for Vostok Coal has been that the terminals are located within areas strictly regulated by environmental legislation.

The federal Ministry of Natural Resources long rejected the company’s construction plans in the area because they were located too close to the borders of a local natural park. Ultimately, the federal government still approved the plans and changed the borders of the local national park.

While coal is a dying industry in Europe, nearby Russia continues to place its bets of the polluting mineral.

Over the last 10 years, Russia has boosted its coal production by more than 30 percent to a total of 440 million tons, and the country is now the world’s third biggest producer.

In the same period, investments in the industry surged 150 percent.

And production is to continue upwards. According to a draft development program, annual coal production might reach as much as 670 million tons in the course of the next 15 years.