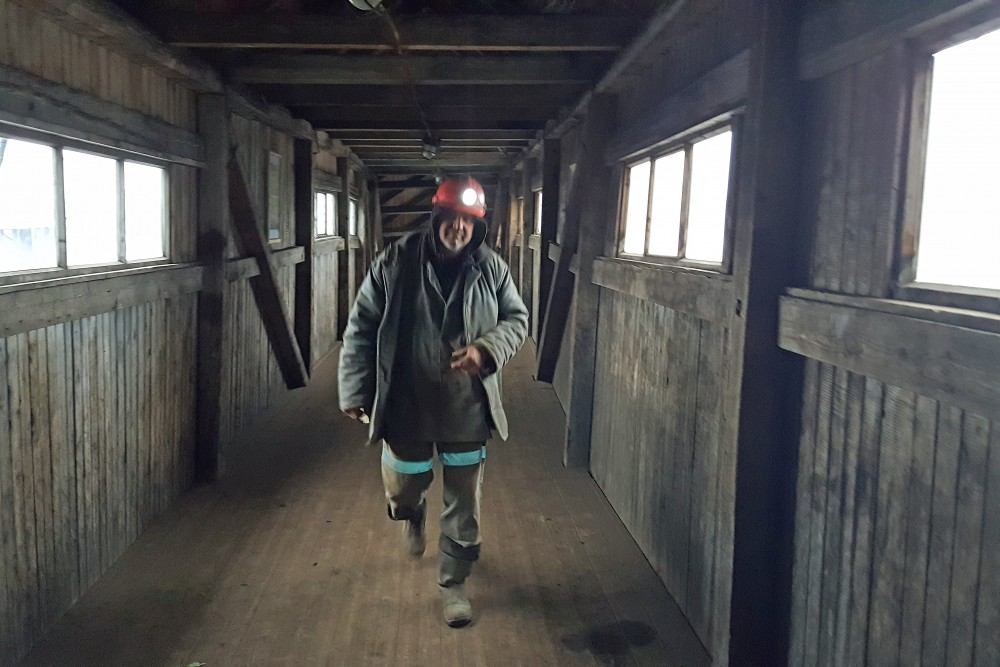 Climate crisis and environmental concern notwithstanding, the country says it aims for a big dig of the carbon-rich rock. Much of it will be extracted in new Arctic fields.
Read in Russian | Читать по-русски
By

«I would like to congratulate everyone whose life is connected with coal mining, with this key industry in our country’s economy,» President Vladimir Putin underlined as he this week greeted the governors of the main coal extracting regions of Russia.

The meeting took place in the Kremlin on the eve of Miner’s Day, the annual celebration devoted to workers in the coal mining industry. Around the table were sitting government ministers and seven regional leaders, among them Governor of the Krasnoyarsk region Aleksandr Uss and Governor or Kemerovo, Sergey Tsivilev.

Coal mining has long been an important industry in Russia. And the role of the industry will be no less in the future, the participants in the meeting made clear.

Over the last 10 years, Russia has boosted its coal production by more than 30 percent to a total of 440 million tons, and the country is now the world’s third biggest producer, Energy Minister Aleksandr Novak explained.

In the same period, investments in the industry has surged 150 percent.

«This is of course a significant figure,» Novak said with content.

And production is to continue upwards. According to a draft development program, annual coal production might reach as much as 670 million tons in the course of the next 15 years.

The development program is to be assessed by government in September, the Kremlin informs.

Behind the growth figures stand a series of new coal projects. Of Russia’s current 58 coal mines in operation, almost half have opened in the course of the last 20 years.

And several more are in the making. Including in the Arctic.

Alone in the Taymyr Peninsula, the large territories stretching into the far northern Kara Sea, there are plans for annual extraction of more than 25 million tons only over the next five years.

Company Vostok Coal is in the process of developing the first of its big number of licenses on the northeastern tip of the peninsula. Nearby are located license areas of company Severnaya Zvezda. The two companies intend to build two major port terminals in the area for export of the coal.

The black rocks will ultimately play a crucial role in the ambitious development of the Northern Sea Route. President Putin has requested in his state 6-year plan that shipping on the Arctic route is to reach 80 million tons by year 2024.

It is the Asian market that is to the destination for the growing Russian production.

«Our coal companies are now actively conquering the Asian-Pacific region [and] we see the potential for coal consumer growth exactly in this direction,» Energy Minister Novak told President Putin.

Meanwhile, the European market is gradually shrinking as EU countries actively replace the polluting coal with alternative energy sources. Prices are dropping and Russian coal export to the region is in decline. According to newspaper Kommersant, several Russian companies are now running into deficits because of faltering sales to Europe.

The Russian president underlines to his minsters and regional governors that environmental concerns must be taken.

«To chase millions of tons of extraction with harm to the environment is dangerous and consequently unacceptable,» the president said.

However, several of the Russian coal mining companies are running operations that are in grave violation of local nature.

In the Taymyr Peninsula, Vostok Coal was recently fined 600 million rubles after environmental inspectors revealed that the company had seriously violated license obligations and inflicted harm to the vulnerable Arctic environment. Despite the violations and major fine, however, the company was this summer still allowed to move into protected nature territories.

The federal government ultimately decided to remove a piece of land from the great Arctic Natural Park in order to facilitate for the construction of the Chaika coal terminal.

The work «climate» was not mentioned once in the meeting on Russian coal developments.

Russia says it will ratify the Paris Agreement and curb emissions, but coal appears not to be part of the picture. Symptomatically, the Russian Climate Doctrine from 2009 does also not specifically mention the word «coal».

According to Russian Presidential Special Representative on climate issues Ruslan Edelgeriev, a new Climate Strategy for the period until year 2050 is now in the making and will be presented in December 2019. In a recent meeting in the country’s inter-ministerial working group on climate change, Edelgeriev did not specify whether oil, gas and coal will be addressed in the new document.

Today’s Russia remains heavily dependent on the industries that emit large amount of carbon dioxide and the little efforts to introduce energy transformation are taken.

Symptomatically, the country’s new Energy Doctrine that was adopted in May this year makes clear that Russia’s position as energy superpower is challenged by international efforts to combat climate change.