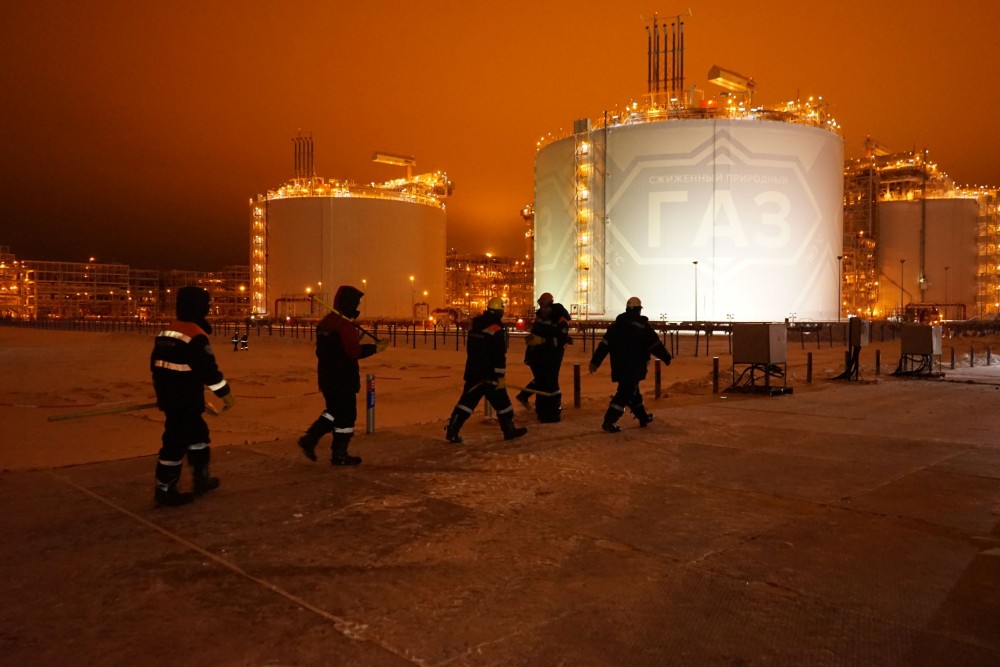 Russia is dependent of its oil and gas projects in the Arctic. Photo: Atle Staalesen

International efforts against climate change are alright, but only as long as they do not encroach on the country’s oil and gas interests.
Read in Russian | Читать по-русски
By

Russia is experiencing dramatic and unprecedented climate change, and effects could be detrimental for national development. Consequences are already clearly seen in the country’s Arctic where ice is melting at record-speed and average temperatures several places have hiked up to five centigrades above normal.

However, for the country that controls a lion’s share of Arctic territories, the vast lands of the North are seen first and foremost as an area of natural resources and great revenue. And anything that could put those interests in jeopardy is perceived as a threat.

The energy doctrine makes clear that Russia «supports international efforts aimed at counter-acting climate change and is ready to cooperate in the field with all counties». At the same time it highlights that Russia takes part in the international climate policy issues only «to the extent to which it corresponds with its national interests.»

«Russia considers it unacceptable to assess the issues of climate change and protection of the environment from a biased point of view, [with] infringement of the interests of countries that produce energy resources and the deliberate ignoring of aspects of sustainable development such as general access to energy and development of clean hydrocarbon energy technologies.»

Russian authorities are well aware of the dramatic climate changes unfolding in the country. But for Moscow it is not climate change itself that is the most threatening. More important are the effects it could have on its position as global leader in energy production. Russia is the world’s biggest producer of oil and second biggest of natural gas and makes the lion’s share of its revenues from energy exports.

The document also touches on a wide range of other issues related to the country’s energy sector.

Several of Russia’s key trading partners are engaged in a major energy shift that ultimately will lead to a significant reduction in their demand for hydrocarbons. That means trouble for Russia where oil and gas are responsible for about 60 percent of exports and provide more than 30 percent of the country’s GDP.

However, instead of taking measures that can help combat climate changes, Russian authorities highlight the need for climate adaption. Russian Presidential envoy on climate issues Ruslan Edelbergiev last November assembled representatives of key government ministries to address  looming threats from climate change. The result from that meeting was the decision to adopt a plan for adaption to the warmer climate.

That position is shared also by several leading Russian climate researchers. Among them is Boris Porfirev, head of the Institute of Economic Forecasting, a unit under the Russian Academy of Sciences. In a newspaper interview, Porfirev underlines that a low-hydrocarbon economy alone is not sufficient to solve the problem of climate change and its consequences, and that there are several other environmental problems that are far more serious than the one of climate change.

What is needed is climate adaption in the population and in economy, Porfirev makes clear in the interview re-published by the climate bulletin from state meteorological institute Roshydromet

In that same bulletin is an interview with Anna Romanovskaya, the Director of Yu. A Israel Institute of Global Climate and Ecology. According to Romanovskaya, humankind still have sufficient time to take measure that prevent global catastrophe.

«But people have to understand already today where it all is leading and which steps needed to take in adaptation of the national economy, the environment and the protection of the population.»