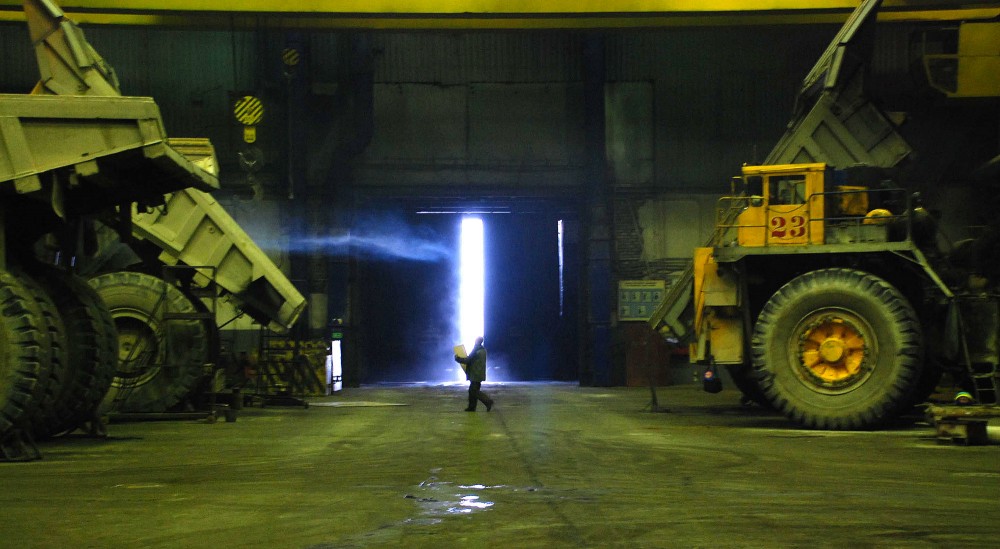 State experts approve VostokCoal’s plans to export millions of tons of black rocks from the Taymyr Peninsula, but the grand project might not materialize.
Read in Russian | Читать по-русски
By

State consultancy company Glavgosexpertiza in early December issued a positive assessment of the projected coal mine on the northern tip of peninsula Taymyr.

The assessment regards the Nizhnelemberovsky coal pit, a deposit that is part of one of VostokCoal’s licenses in the area. The field is located about 20 km from the town of Dikson and is believed to hold 67 million tons.

Included in the assessment is the development of two open pits, dump areas for rocks, as well as a reloading point, machinery buildings and other objects, the Glavgosexpertiza informs.

Vostok Coal controls a number of licenses in the region that has got the name Taybass. Resource estimates for the area amount to as much as 186 billion tons of coal. Among the markets for the coal is believed to be India

The positive assessment from Glavgosexpertiza is believed to put VostokCoal one step closer to extraction. But there are still a number of uncertainties connected with the company’s plans for the region.

Company leaders Dmitry Bosov and Aleksandr Isaev have repeatedly stressed that they by year 2025 will be able to export up to 19 million tons of coal per year from the Taybass area and that it consequently will be a key stakeholder in development on the Northern Sea Route.

The volumes of coal have been included in the government’s various estimates for future shipments on the Arctic route.

However, far from everyone is confident that VostokCoal will be able to deliver. The Russian Ministry of Natural Resources have previously expressed skepticism about the plans.

Also Rosatom and its leader of the Northern Sea Route Directorate Vyacheslav Ruksha appears to have certain reservations about the project.

In an interview with newspaper Kommersant, Ruksha makes clear that he believes the coal project can be developed, but that the company now is under growing time pressure.

According to Ruksha, VostokCoal has over the last year failed to deliver progress.

«VostokCoal was to proceed with the next step of the project already in March, but until this day it has still not started up on site,» Ruksha says, and adds that he really hopes there will be progress in the course of winter.

«It is now important that the company makes a decision to finally start developing the project, at least from February 2020,» he underlines and explains that it will be difficult for the company to get the ships needed for the shipments through the icy water.

Ruksha also points at the difficulties that VostokCoal has had with state environmental authority Rosprirodnadzor.

The skepticism notwithstanding, VostokCoal and its leaders have firm support among many of the powerful government officials that now grapple with the question how to bring goods volumes on the NSR to 80 million tons by year 2025 in line with requests from President Putin.

In December this year it became known that the State Transport Leasing Company might ultimately invest in the Taymyr coal project. A new subsidiary unit recently established by the company is to engage in infrastructure projects and the projected seaport and cool terminal on the Taymyr coast is among its possible investment objects, Kommersant reported.

From before the State Transport Licensing Company has invested in the Lavna coal terminal in Murmansk.