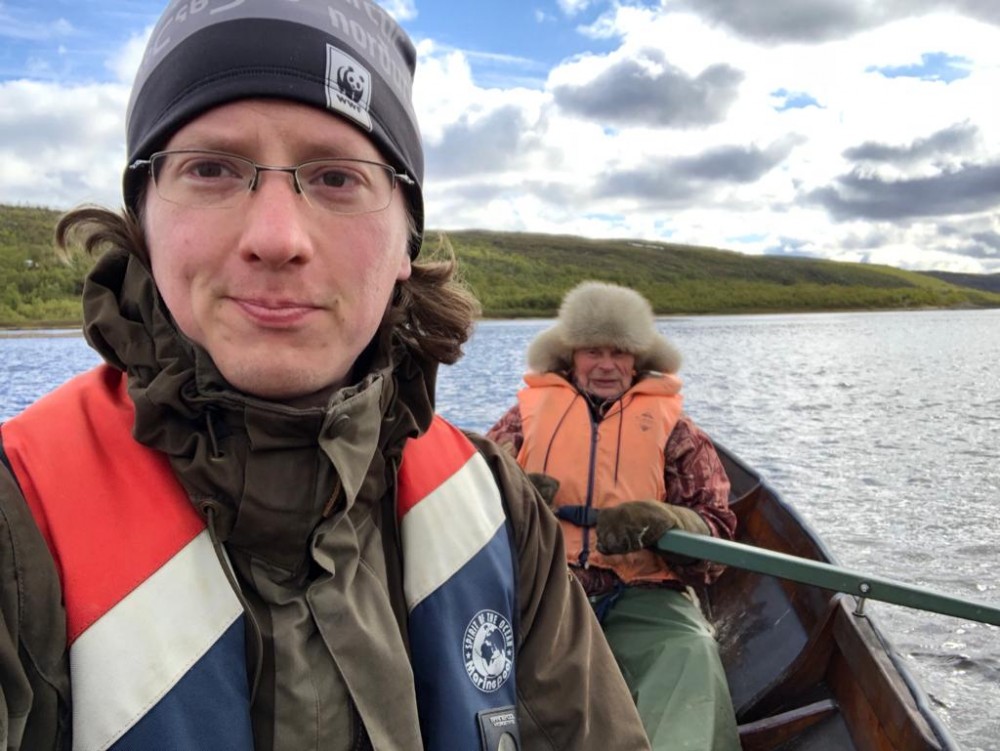 Last year, The Barents Observer took a look at the effects of the salmon fishing ban on the Teno River in Utsjoki, Inari. The decision by the Norwegian and Finnish governments was needed to control the rapidly declining salmon population on the river. Although many locals recognise the need to protect the salmon, the decision has also raised some concerns within the local community. Utsjoki municipality estimates that the ban has caused losses of €5 million per summer, and local business owners were concerned of the loss of earnings ahead. Local members of the Sámi community were wary of the effects the ban will have on Sámi culture and especially the traditional salmon fishing methods.

Last year, The Barents Observer interviewed two local people who have been affected by the ban. This year, we have reached out to them again to find out what feelings they have on the second year of the salmon fishing ban.

Business owner Tiina Salonen had great concerns for the summer of 2021, when the ban was introduced and she saw her booking for the summer disappear. She is the owner of Aurora Holidays accommodation, restaurant and activity services in Utsjoki that has traditionally catered for salmon fishers over the summer season. The travel industry had already been suffering due to the pandemic and many feared that new tourists would not find their way to Utsjoki. Yet those fears turned out to be unnecessary.

“Actually we had a very busy summer, thanks to Covid-19 we had a lot of domestic travellers since people could not go abroad,” Salonen says. She explains that many of the visitors were first timers in Lapland, coming to the area to experience the beautiful nature and relax. They are hoping for a similar outcome for this year, and many have already found their way to Finland’s northernmost area. Salonen explains that some areas in Finnish Lapland can get extremely busy in the tourist season, so Utsjoki is the perfect place for those who want to experience silence and tranquility. “But it has not been easy, we have done a lot of marketing and tried to promote all the wonderful things you can do in Utsjoki besides fishing,” Salonen says.

The lack of fishers has also allowed a new set of people to come to the area; “A customer told that in previous years they have not been able to come here because fishers have booked all the accommodation months in advance,” Salonen explains.

While it seems that the tourism industry did not suffer the massive hit that was expected, the effects of the ban on traditional Sámi livelihoods and culture is not as straightforward.

“Now that we are stepping into the second year I don’t think we can talk about a short ban anymore,” Áslat Holmberg says. Holmberg is a local politician and fisherman who normally would spend most of his time on the river during the summer. Holmberg explains that even a couple years can be crucial when discussing traditional fishing methods, when the elders with most knowledge on traditional fishing are growing older each year. “Two years is a long time in the life of a person who is an elder and that same applies to youths, if for two years or more they cannot practice the tradition it might be that the link is broken and maybe they don’t have anyone to teach them afterwards.” Holmberg continues. According to Holmberg the youths who were learning traditional fishing methods are now unable to continue this learning, and many older fishers might not be able to get on the river anymore. “Every year matters,” he says.

While Áslat Holmberg is concerned for the effects the salmon fishing ban has on Sámi culture, he does welcome the ban and is equally concerned of the low amounts of salmon returning to the river. “There could be some rivers where it might be possible to fish [salmon] to an extent but this is a tricky question when it comes to the main stream, since you cannot separate what salmon you are fishing,” Holmberg says. He explains that they need to find a balance between the ban and its effects on the culture, and maybe in the future it would be possible to lift the ban even for a few days.

“I do think that some salmon fishing could have been allowed in some tributaries, but I think it is good that this year’s regulations allow fishing for other fish on a boat,” Holmberg explains. In addition, Holmberg explains, some restrictions regarding equipment have been eased, and they no longer have to modify equipment when fishing for sea trout or grayling, for example.

Holmberg is also concerned for what he calls ‘de facto salmon fishing licenses but for catch and release fishing.’ Holmberg raises the issue that when catching fish from the shore, the fisher cannot tell which fish will take the bait, especially since salmon catches the same kind of lure as other fish in the river. “We need to acknowledge them for what they are and also consider what might be the impacts of catch and release fishing for salmon,” Holmberg concludes.

Utsjoki municipality is also going through an abrupt structural change, where the state introduces measures to manage situations where the local economy is changing suddenly.

This will help the municipality combat the problems that occur when the large amounts of fishing tourists are no longer coming to the area. The aim is to create new jobs and support local businesses with help from government funding.