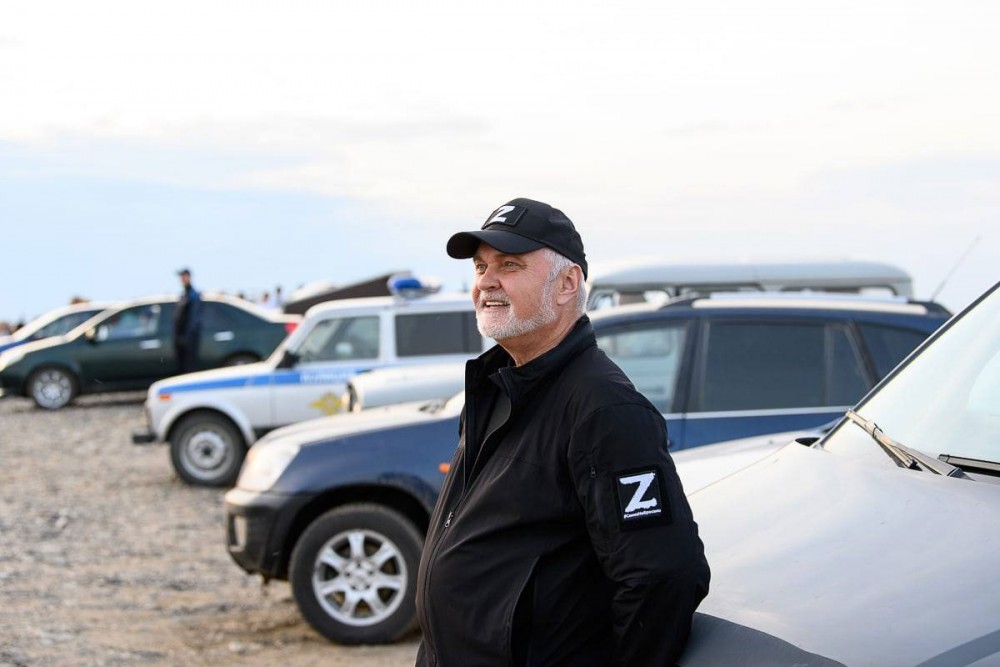 Vladimir Uyba is Head of the Komi Republic. Photo: Uyba on Telegram

Following their support to warriors and secessionists in Russian-occupied Ukraine, the governors of the far northern regions of Komi and Yamal-Nenets are put on the UK's sanctions list.
Read in Russian | Читать по-русски
By

“I consider the sanctions by Great Britain a sign of high approval of my work,” Dmitry Artyukhov says in a comment on Telegram.

The governor of Yamal-Nenets Autonomous Okrug is one of 29 Russian regional leaders that on the 26th of July was included in the UK’s latest sanction package against Russia.

The new sanctions come as Dmitry Artyukhov just arrived home from a trip to Kherson, the south Ukrainian city occupied by Russia.

“I just came back from Kherson where I went to support our soldiers,” he says in a statement, and adds that his wealthy oil and gas region is actively supporting construction works in Volnovakha, an occupied town in the Donetsk region.

“There are lots of work to be done before the inhabitants of the town can return to their ordinary lives and we do all that we can together with the government of the [so-called] Donetsk People’s Republic,” Artyukhov explains.

“I am confident that when we are united we are unbeatable,” he adds.

During his visit to the occupied territories, the governor met with warriors from his region.

“They all have a positive fighting spirit,” he underlines.

He also met with Denis Pushilin, head of Russia’s puppet government in the Donetsk. The Yamal-Nenets region will reportedly have responsibility for restoration of infrastructure in Volnovakha.

Among the sanctioned governors is also leader of the Komi Republic. Vladimir Uyba has for the past month regularly appeared in public with a uniform carrying a “Z,” the symbol of Russia’s aggressive war.

In early June, Uyba traveled to the Luhansk region where he met with Leonid Pasechnik, the ruler of Russian-controlled so-called Luhansk People’s Republic (LNR).

The Komi Republic is among the Russian regions commissioned to actively engage in rebuilding efforts in the region.

A list shared by 7x7-journal shows almost 30 Russian federal subjects involved in reconstruction efforts in Donbas. The Komi Republic is listed as responsible for “social objects in the LNR.”

In a statement, the UK government says that the Russian governors have been directed by the Kremlin to transfer funds to the so-called ‘Donetsk and Luhansk People’s Republics’, facilitating the Russian occupation in attempting to wrest territory from Ukraine.

“We will not keep quiet and watch Kremlin-appointed state actors suppress the people of Ukraine or the freedoms of their own people,” Foreign Secretary Liz Truss says. “We will continue to impose harsh sanctions on those who are trying to legitimise Putin’s illegal invasion until Ukraine prevails,” she adds.

The sanctions include a travel ban and asset freeze.