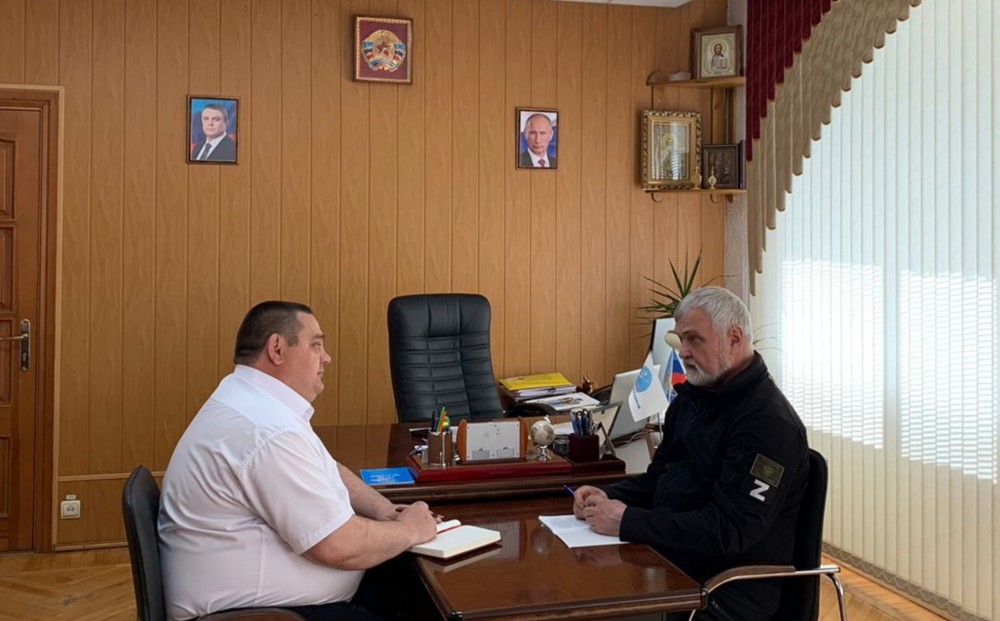 Governor Vladimir Uyba and his Komi Republic might get responsibility for rebuilding of healthcare in Luhansk.
Read in Russian | Читать по-русски
By

He also met with local authorities in the region, among them leaders of Rovenki, the occupied town east in Luhansk Oblast.

During the visit, Uyba paid visits to several healthcare institutions, among them the Rovenki town hospital, the local children’s polyclinic, an ambulance station, schools and kindergartens, the Komi government informs on Telegram.

Photos shared by the Governor’s press office show Vladimir Uyba in talks with a local government representative and in front of buildings with marks of bullet holes. The town of Rovenki has been occupied by Russian-controlled forces since 2014 and has not experienced major shelling after the onslaught of 24th of February. But more western parts of the Luhansk region experience massive destruction and huge civilian casualties following the attacks of Russian forces.

In connection with his visit, Komi leader Uyba underlined that “the people of Donbas need our support and aid.”

“Clearly, the Republic of Komi will not stand on the sideline, but help our brothers build a peaceful life,” he said in a comment. Vladimir Uyba is himself a medic and was Russian deputy Minister of Health before his appointment as governor in 2020.

Over the last week, several deliveries of goods have been made from Komi to Luhansk, among them trucks and a train loaded with construction materials.

During his visit to Luhansk, the regional leader moved around with a uniform with a “Z”, the Nazi-inspired symbol for Russia war against Ukraine. The same letter is marked on the Komi Government’s social media. Among them the regional Telegram channel that is named “Republic Komi Z.”

The visit to Luhansk coincided with several more Russian governors’ visit to the region. During that same week, the regional leaders of Moscow, Altai, Tyumen, Bryansk, Kaluga, Bashkiria and Voronezh visited the occupied lands, the LNR informs on its VK page.