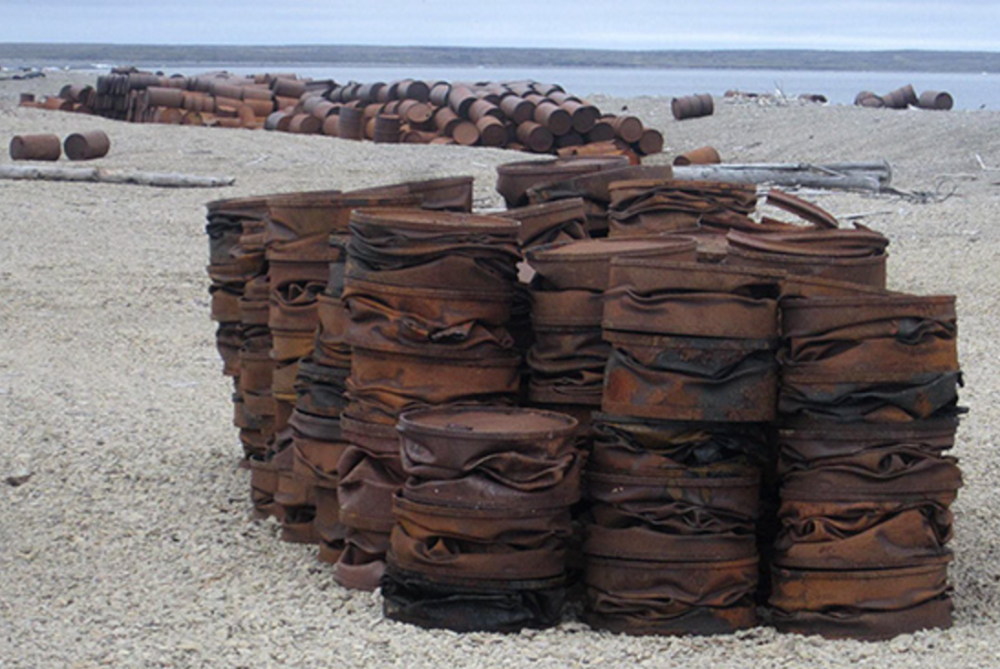 There is still a way to go before the island of Kotelny is rid of its dirty Soviet past.
By

According to representatives of the Northern Fleet, about 6,000 barrels have been removed from the island this year. That leaves 114,000 left, the Navy news service informs.

Over the last weeks, 30 Navy personnel have used an hydraulic instrument to compress the barrels and place them into containers destined for waste deposit sites on the mainland.

As previously reported, the clean-up personnel arrived on site in late May and will in the course of summer remove about 2000 tons of scrap metal from the island

The situation is similar on several of the other Russian Arctic archipelagos.

The clean-up comes at the same time as the Navy invests heavily in the upgrade of the bases. At Kotelny, the local Temp air field is getting a major upgrade and the new Severny Klever housing and training complex is under construction. The complex will be able to house 250 people, among them both military personell and service staff. A total of 640 workers have over the last year been involved in the construction operations.