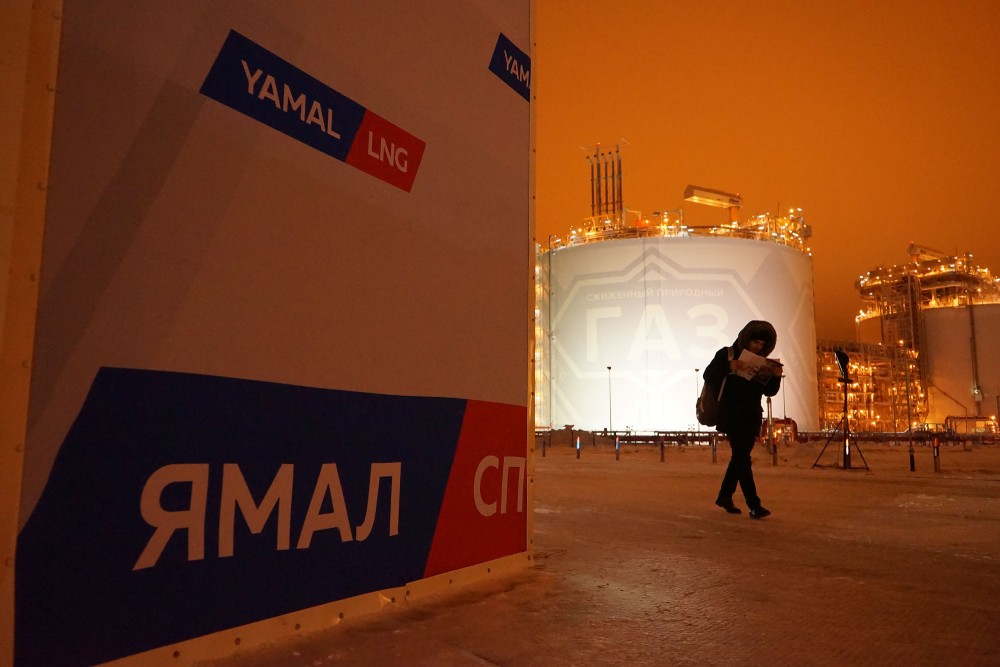 Investments in regional infrastructure and natural resource development will over the next years be equivalent to the country’s federal budget on health and education.
Read in Russian | Читать по-русски
By

The sum is 5.5 trillion rubles, Minister of Natural Resources Dmitry Kobylkin said in Monday’s government meeting in Sabetta. Along with Prime Minister Dmitry Medvedev and other key government ministers and business leaders, Kobylkin had made it to the remote site on the coast of the Yamal Peninsula.

And that sum only covers the period until 2024, Kobykin made clear. In the subsequent years, investments will be significantly higher.

«We have made estimates, based on existing investment programs for the period until 2050, and the sum is about 13,5 trillion rubles,» the minister told Premier Medvedev.

The Arctic 5-year plan comes as government officials hectically try to cope with President Vladimir Putin’s so-called May Decrees, which include a boost in shipping on the Northern Sea Route to 80 million tons of goods by year 2024.

The 5.5 trillion investment sum mentioned by Minister Kobylkin is comparable what the Russian government today invests in healthcare and education combined. The country’s federal budget for 2018 includes a total of 663,2 billion rubles in education and 460,3 billion in healthcare.

There was no talk about the aggravating and potentially devastating climate changes that is unfolding in the Arctic. The meeting headed by PM Medvedev had its focus not on nature protection, but on exploitation.

According to Medvedev, the Arctic is Russia’s natural resource region number one and the strategic importance is immense.

«This is where we decide our two most important tasks - the providing of the national security of our country and, of course, its economic interests,» he underlined.

The meeting in Sabetta was hold as Novatek officially launched the third train in its Yamal LNG project, consequently boosting production to 16,5 million tons per year.

And more is in the making. By year 2035, Russia intends to increase its stake in global production of liquified natural gas from the current 4 percent to 20 percent. Several new projects are under development, among them the Arctic LNG-2 on the Gydan Peninsula.

According to Dmitry Medvedev, Novatek’s two LNG projects - the Yamal LNG and the Arctic LNG-2 - will alone bring more than $30 billion per year in foreign currency revenues.

The two projects will alone account for 40 million tons of goods shipped on the Northern Sea Route. That, however, is only half of what is requested by the President.

The remaining volumes will come from new oil and coal fields. The Taybass coal project near Dikson in the Taymyr Peninsula is to produce 12 million tons by year 2024 and the Payakha oil field in the Yenisey river delta will by that same year produce up to 6 million tons, Minister of Energy Aleksandr Novak says.

Novak also highlights the importance of Rosneft’s Pobeda oil field in the Kara Sea, the major deposit discovered in cooperation with ExxonMobil in 2014. According to the energy minister, the Pobeda holds about 130 million tons of oil and 500 billion cubic meters of natural gas.

Another project mentioned in the meeting is the Peschanka copper project in Chukotka, which is to deliver 500,000 tons of goods to the NSR by 2024.

According to Novak, the mentioned projects will provide a total of 65 million tons of goods per year for the NSR. By 2030, the annual volumes will increase to 95 million tons and by 2035 - to between 130-160 million tons.

«It is not enough to build only port terminals, we have to build also pipelines, railways, develop aviation, energy capacities,» Medvedev underlined in the meeting.

The price tag for the Northern Latitudinal Passage is 240 billion rubles (€3.2 billion), of which the government budget will account for only 5 percent, Prime Minister Medvedev said. When the rail link to Sabetta is ready, a additional 25 million tons of goods will find its way to the Northern Sea Route, the government says.

Among the first new regional objects to be built is the port of Utrenny, that will serve the Arctic LNG-2. According to Transport Minister Yevgeny Ditrikh, the new port will have a capacity to handle an annual 21,6 million tons and be ready for operations by year 2024. A total of 152.7 billion rubles (€2 billion) are to be invested, of which 112.2 billion (€1,5 billion) will be federal money.

Also new infrastructure outside the Northern Sea Route will be needed, the ministers underlined. A new terminal in the Ura Guba, Kola Peninsula, will have capacity to handle an annual 20,9 million tons and be ready in 2023. A total of 20.1 billion rubles (€267 million) are to be invested, of which the government will provide only 900 million (€12 million).

In the meeting, Novatek leader Leonid Mikhelson insisted that the building of the terminal is moved forward to year 2022, in order to end the current temporary ship-to-ship reloading of LNG in Norwegian waters.

A similar terminal will be built in Kamchatka on Russia’s Pacific coast. That object will include 30.5 billion rubles (€405 million) of state investments, Mikhelson said.