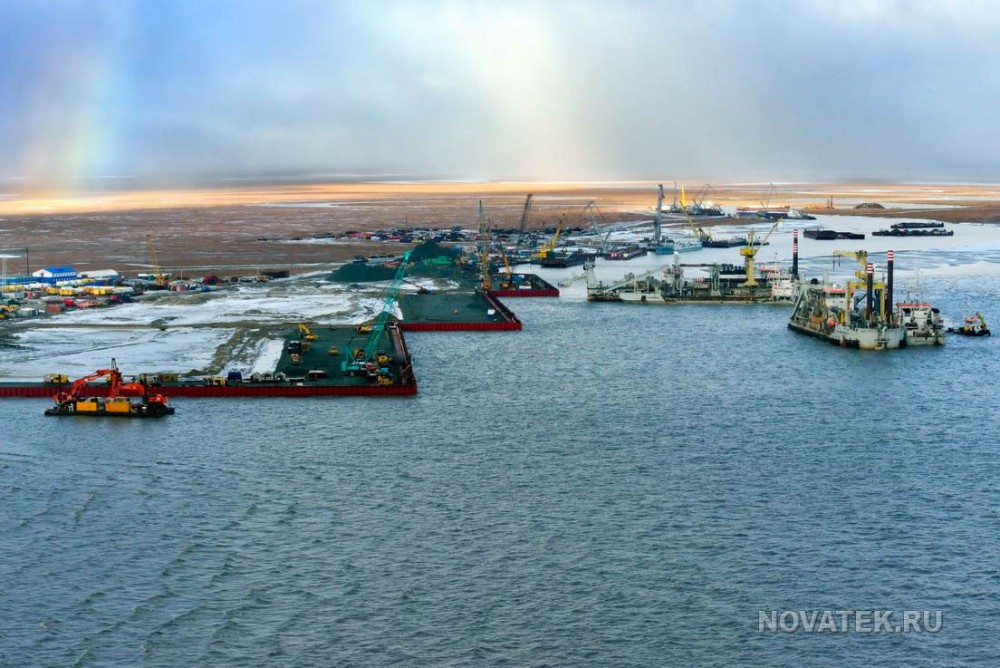 Novatek and partners are in full swing at the Arctic LNG 2. Illustration photo: Novatek

Green energy transition and industrial pressure on local Arctic environments notwithstanding, major financial institutions from Europe and Asia are ready to grant $9.5 billion to the Arctic LNG 2 project, Reuters reports.
Read in Russian | Читать по-русски
By

A document obtained by the news agency shows that several of the world’s biggest lenders line up for participation in the major energy project  now unfolding on the shore of great Gulf of Ob.

The Arctic LNG 2 project will be one of the biggest industrial projects in the Arctic ever. By 2024, almost 20 million tons of liquified natural gas is to be annually produced and exported from the remote tundra of Gydan.

Project operator Novatek has now secured project support from several of the world’s leading banks and financial institutions. According to Reuters, credits worth up to $9.5 billion are now being offered to the Russian developers.

Among the lenders are European institutions like the French state investment bank Bpifrance, German Euler Hermes and Italian SACE. The three institutions together offer up to $2 billion, while the China Development Bank reportedly grants $5 billion and the Japan Bank for International Cooperation — $2.5 billion.

Russian banks are reported to provide about $4,2 billion.

The heavy financial support comes amid mounting political pressure on Russia following the poisoning of opposition politician Aleksey Navalny, as well as the growing concern for climate change and environmental destruction in the Arctic.

Environmentalists fear that the growing industrial pressure on areas such as the Gulf of Ob could have irreversible effects on local ecosystems.

Massive dredging is now conducted in the shallow waters in order to pave the way for shipping to the project installations of the Arctic LNG 2, as well as several other nearby projects.

The Arctic LNG 2 is developed by Novatek in cooperation with partners Total, CNPC, CNOOC, as well as Japanese JOGMEC and Mitsui.

Construction works have been in full swing in the Gydan peninsula already for more than two years. From the tundra is now rising a massive seaport facility that ultimately will be able to handle many million tons of liquified natural gas. The Utrenneye terminal will house the gravity-based production structures that currently are under construction in the Belokamenka yard in Murmansk. And a fleet of at least 15 ice-class carries will shuttle between terminal facilities and export markets.

The project developments are reportedly proceeding with full speed despite Novatek’s 30 percent slash in its 2020 investment budget. According to newspaper Kommersant, the company’s revised investment budget is 170 billion rubles (€1.89 billion), down from the original sum of 250 billion (€2.78 billion).

The cut is triggered by lower demands and plummeting prices.

According to Kommersant, Novatek recently decided to postpone its deadline for attracting necessary investors for Arctic LNG 2 from late 2020 to 2021.

The project investment decision was taken in September 2019 and includes $20,3 billion.