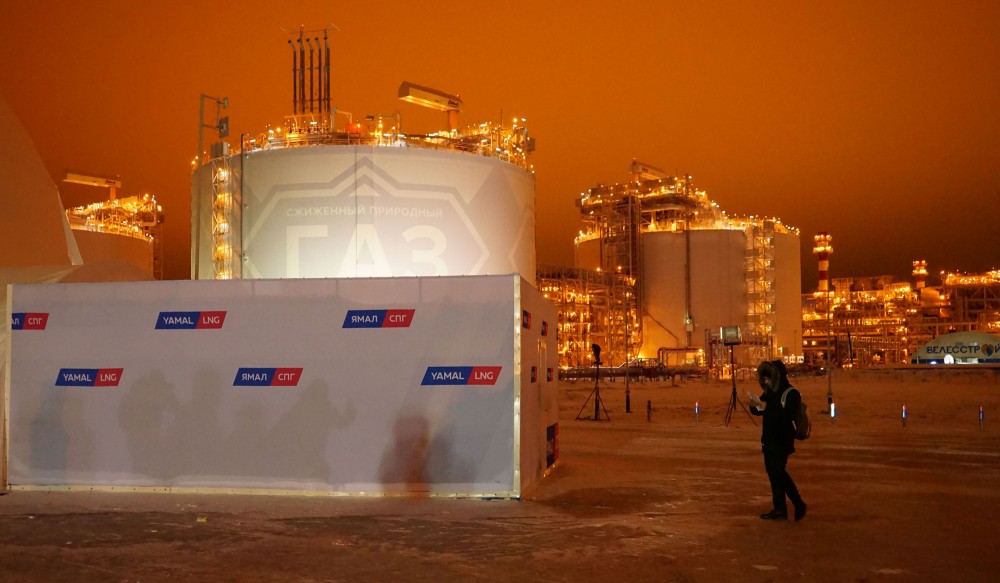 Many of the same banks which financed Yamal LNG will now finance the Arctic LNG-2 plant. Photo: Atle Staalesen

Another $10 billion will be raised by the shareholders in the project, bringing the total costs for the liquid natural gas plant up to $21,3 billion, the business daily Kommersant reports.
Read in Russian | Читать по-русски
By

The pool of banks reportedly ready to provide loans for 51,6% of the total costs of Novatek’s second liquid natural gas (LNG) plant above the Arctic Circle are the same that financed the company’s first plant on the Yamal Peninsula.

The Russian banks VEB.RF, Sberbank and Gazprombank will cover half and a pool of foreign banks, consisting of China Development Bank (CDB), the Export-Import Bank of China, the Bank of Japan for International Cooperation (JBIC), Intesa Sanpaolo and Raiffeisen Bank International will cover the other half, according to Kommersant.

Six module-based units for liquid gas production are currently under construction at the Wison Offshore & Marine’s Zhoushan yard in China.

Other huge constructions for the plant, including assembling and installation of topside modules, will take place at Belokamenka north of Murmansk where Novatek now is building the Kola yard with two huge dry-docks and other facilities to serve the company’s Arctic development projects.

According to a recent Russian government program aimed to boost LNG production in the country’s Arctic regions, the goal is to deliver 140 million tons by 2035, almost five times more compared with the 2020 production.

More than 90 percent of Russia’s natural gas resources are in the Yamal-Nenets region where Novatek has its current production facility at Sabetta.

The resource base for Arctic LNG 2 is the Utrennye field, located off the coast of the Gydan Peninsula, some 70 kilometers across the Ob Bay from Sabetta.

Each of the three LNG trains in the Arctic LNG 2 project will have an annual production capacity of 6,6 million tons.