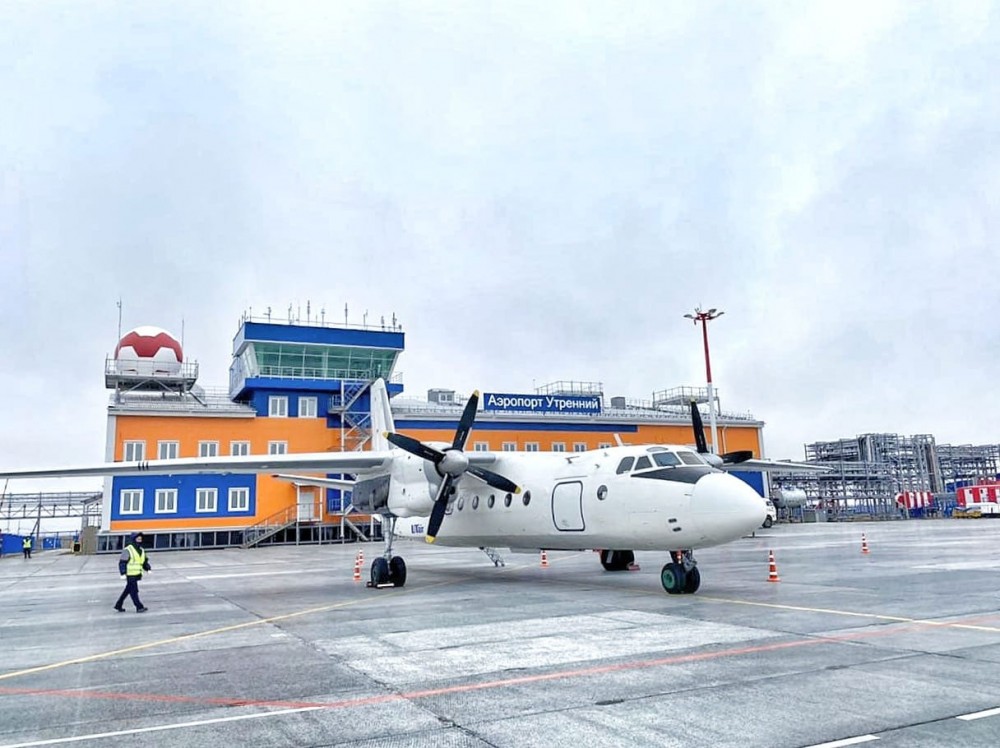 The 1,550 meter long runway is now ready to operate round-the-year as part of the company's Arctic LNG 2 project.
Read in Russian | Читать по-русски
By

A propeller plane from airliner Utair on the 17th June landed at the Utrenneye airport in far norther Gydan Peninsula. The aircraft that had departed from Tyumen became the first ever to land in the new airstrip built for small and medium-sized planes.

The new airport is a key piece of infrastructure built as part of Novatek’s major natural gas project Arctic LNG 2. It comes only half a year after Russian state consultants approve the building of the object.

The Utrenneye will significantly lighten Novatek’s capability to bring workers and personnel to and from its construction site on the banks of the Ob Bay. Until now, the people involved in the project have been brought to the area by helicopter from Sabetta, the industry town in nearby Yamal.

Several thousand people are now engaged in the construction of the Arctic LNG 2, due to be ready for operation in the course of 2023-2024. The project includes the building of a major seaport and terminal that will house the gravity-based production structures currently being built in Belokamenka, near Murmansk.

The Arctic LNG 2 is Novatek second flagship project in the Arctic. It follows the Yamal LNG that was launched in late 2017, and will when in full swing produce an annual of 19,8 million tons of liquified natural gas.