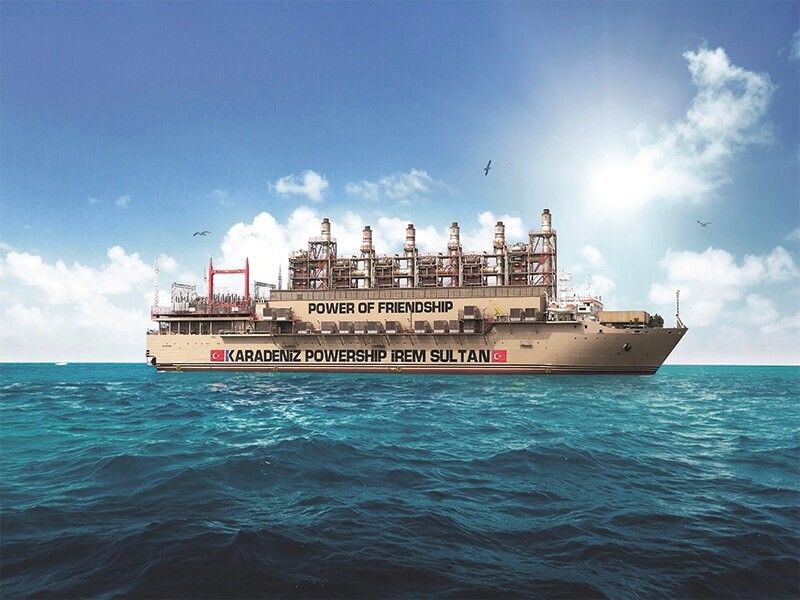 Big western companies are pulling out of Novatek's grand Arctic LNG 2 project. Turkish companies, among them Karpowership, appear ready to take their place.
Read in Russian | Читать по-русски
By

The unprecedented Arctic industrialisation that over the past years has unfolded along the shores of Russia’s remote Gulf of Ob faces serious troubles following Russia’s war against Ukraine and the subsequent introduction of western sanctions.

Novatek’s large liquified natural gas projects in the area all heavily depend on Western technology, and a full halt in developments now threaten the latest project, the Arctic LNG 2.

Novatek will not be able to complete the project as planned following the exit of Baker Hughes, as well as Saipem and Technip.

But help might be on its way from Putin-friendly Turkey.

Karpowership, the Turkish manufacturer of so-called powerships, is reported to be in talks with Novatek over the construction of a 300-400 MW floating power station that can provide the first of the project’s three trains with energy.

According to Kommersant, Novatek has little choice but to contract the Turkish company. There are simply no other available options in the market.

The powership is believed to be able to replace the turbines that originally were to be delivered by Baker Hughes.

The American company was to build 20 turbines of the LM9000 type to the Arctic LNG 2, seven of them to be applied in the project’s first train.

Only four of the turbines were delivered before Western sanctions hit and Baker Hughes pulled out of Russia. The last of them was shipped to the Belokamenka Yard outside Murmansk on the 25th of May.

The four delivered turbines will be used for the gas liquification process, while the powership from Karpowership will generate needed energy, Kommersant reports.

Karpowership has since 2010 built 25 powerships that today provide energy to countries with poorly developed energy systems. Ships of the kind are today operating in ten African countries, as well as in the Middle East and Latin America. The powerships are barge- or ship-mounted floating power plants that can operate on heavy fuel oil, diesel fuel or natural gas.

Novatek is facing serious difficulties also with the LNG technology.

Key parts of the gravity-based structures applied in the Arctic LNG are designed by French company Technip. Another key partner has been Saren B.V., a joint venture of Italian engineering company Saipem and Turkish company Renaissance Heavy Industries.

Both Technip and Saipem have now exited the Arctic LNG 2, and Novatek has replaced them with Nova Energies and Green Energy Solutions, Kommersant reports. The former company is a subsidiary of Russian Nipigaz, while the latter reportedly is a brand new company registered in the United Arab Emirates.

Also the Chinese yards that manufactures the topside modules of the gravity-based structures have decided to halt cooperation with Novatek in the project.

Consequences could be dramatic for places like Murmansk, where Novatek is building the huge gravity structures. The Belokamenka Yard could ultimately be turned into a ghost town should the huge Arctic LNG 2 project come to a full halt.