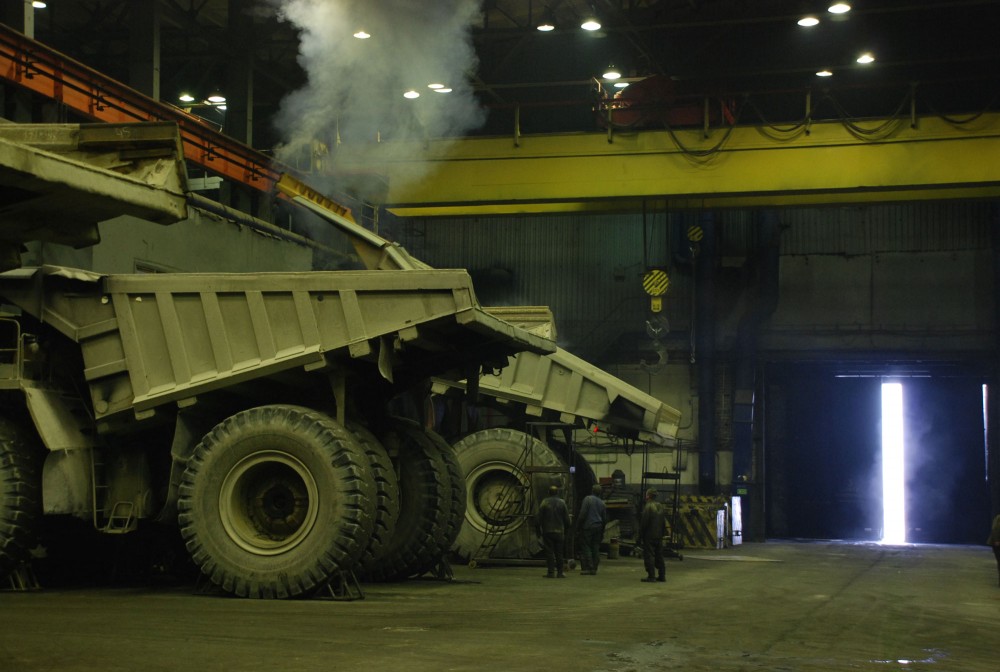 The Afrikanda-1 used to house a powerful air force unit for protection of the Kola Peninsula. Now the abandoned military base could be site for a big dig of titanium and rare earth metals.
Read in Russian | Читать по-русски
By

Today, Afrikanda looks like an abandoned village with run-down houses, rackety roads and piles of scrap metal scattered around. It is a sharp contrast to Soviet days when this was a  bustling site of military significance.

The Afrikanda airfield dates back to the 2WW. It got a major upgrade in the early 1950s as base for the Soviet 431st Fighter Aviation Regiment. A big number of fighter planes were based on site until the late 1990s, and in 2001 the base was officially closed and abandoned.

Talks with the Military

This is still military ground. But that could soon change.

Regional authorities in Murmansk are now pushing on the Russian Armed Forces to hand the area over the civilian owners.

This should be the site for a major new mining project, Governor Andrey Chibis made clear to Russian Deputy Minister of Defense Timur Ivanov in a recent meeting.

The governor is backed by investors that are ready to inject 18 billion rubles (€201 million) in the building of a new major mining and metallurgy project on site.

“Thanks to the development of the Afrikanda field resources this village will become a regional growth point, with investments and creation of new jobs,” Chibis told locals during a visit on site in July this year.

In a meeting with project developer Arkmineral and its Director Andrey Trenin in September 2020, Governor Chibis underlined that he “with impatience waits for the launch of this project.”

Mining is not a new industry in the area. While military men were engaged in Afrikanda-1, miners and metallurgy workers  in early Soviet days built a society in Afrikanda-2. Already in the 1930s had Soviet geologists found major reserves of various metals and minerals in the area, among them titanium, niobium, tantalum, cerium, radioactive thorium and other rare metals, and in the late 1950s a processing plant was built. But various technical problems are said to have hampered developments and in the end the plant processed only copper and nickel ores, historical notes from site reads.

In the 1990s, also the processing plant closed and most people abandoned the village. Left in ground however are vast reserves of precious metals and minerals.

“I consider this project unique not only to this region, but to the whole country, and it has a very high export potential, that will allow Russia to occupy a serious place on the market of high-tech materials,” the company Director underlined.

The project is planned to created 450 new jobs and be launched in year 2024. Project development works are due to start in 2021-2022, after a land deal with the Ministry of Defense is reached.

Russia is among the countries in the world with the biggest reserves of rare metals. According to a national draft Rare Metals and Rare Earths Strategy from 2019, Russia today has a total of 66 mine licenses where rare metals are mined and in five of them rare metals are the main product.

The Kola Peninsula are among the regions in the country with the biggest reserves of the rare metals. A number of mines are in operation across the norther region and several more are under planning, among them the Afrikanda project.