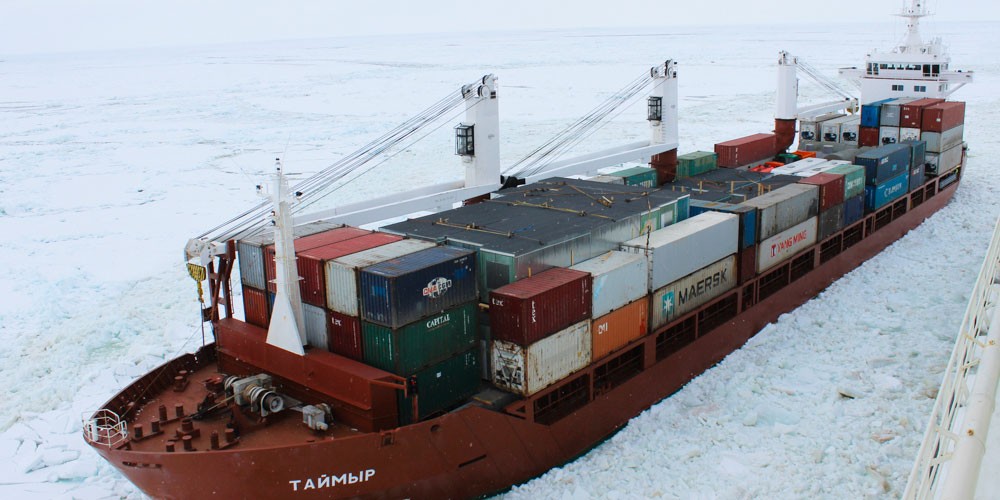 The governor of Murmansk is calling on the Ministry of Defense to release acreage for a projected major Arctic terminal.
Read in Russian | Читать по-русски
By

Land and property issues were high on the agenda when Murmansk Governor Andrey Chibis on Monday met with Russian Deputy Minister of Defense Timur Ivanov.

“In the Murmansk region there is land owned by the Ministry of Defense that is not in use,” Chibis explains in a social media comment following his meeting in Moscow.

According to the governor, he has now agreed with the Armed Forces to jointly take stock of acreage in the Kola Peninsula with the aim of releasing plots for non-military purposes.

Among the projects highlighted by Chibis is the construction of a container terminal for Arctic shipments.

“For example, the company Rusatom Cargo is ready to build here a modern seaport hub with infrastructure for shipping containers,” Chibis said in the meeting.

Construction is ready to forge ahead as soon as the land issue is resolved, the governor makes clear.

According to Rusatom Cargo, a subsidiary of state nuclear power company Rosatom, there is a potential for up to 4,5 million TEU across Russian Arctic waters.

Two terminal hubs and up to 30 ice-class container ships could be built as part of the so-called Northern Sea Transport Corridor project, the company argues.

“This is a project for the future,” First Deputy Head of Rusatom Cargo said in an online meeting in late May. “We are not taking about the creation of ships and logistical infrastructure in the traditional sense of the 20th century,” she explained.

It is not clear where in in the Kola Peninsula the projected container terminal will be situated. The current construction of railway along the western shores of the Kola Bay could open up for terminal development in that area.

Seaport developers have also expressed interest in the building of a container terminal in the Pechenga Bay, near the border to Norway and Finland.

With sea-ice on the Northern Sea Route retreating a high speed, there is a growing interest among shipping companies in trans-Arctic shipments. Companies in South Korea have previously expressed intention to launch trial shipments along the Russian Arctic coast.

Also in Kirkenes, the Norwegian border town, logistics developers have for several years been working with the establishment of a container terminal for shipments between Asia and Europe.