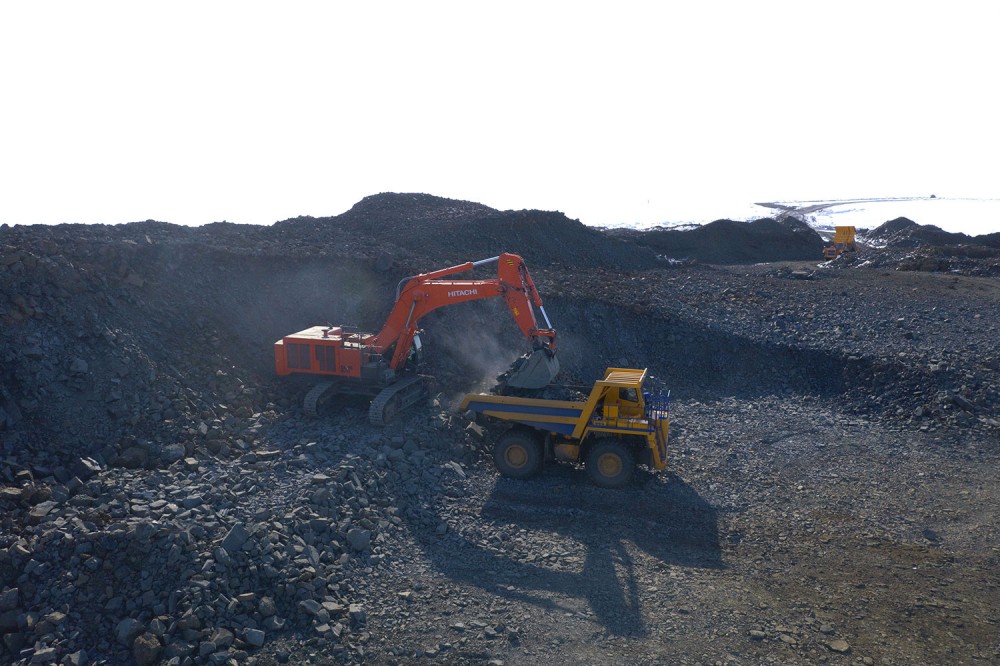 Building of the Syradasayskoye coal project is progressing. Photo: krskstate.ru

A major infrastructure project is unfolding on the remote coast of the Kara Sea.
Read in Russian | Читать по-русски
By

A significant number of excavators, bulldozers and trucks are busy with the building of what will become a new major piece of infrastructure in the Russian Arctic.

The ongoing construction of a 1,5 km long dam is to be completed in the course of the year. It will connect the remote sea shore with a terminal for loading of coal.

The subsequent building of the terminal facility will start in 2022, the regional government of Krasnoyarsk informs.

Behind the project stands Severnaya Zvezda, a subsidiary of businessman Roman Trotsenko’s AEON.

The company in early summer this year also started construction of the 60 km long road that will connect the terminal with the Syradasayskoye coal field.

In the last days of August, a total of eight ships were moored in Yenisey Bay, near the site of the projected terminal, ship tracking data show.

“We plan to start construction of the terminal early next year,” company General Director Stalbek Mishakov says in a comment.

“The Yenisey Seaport will include mooring points for both cargo and support ships, a coastal zone and connecting dam where a conveyer line and ship loader will be built, and these are among the most important objects in our project,” Mishakov underlines.

The terminal berth will be 300 meter long, which allows for the handling of 100,000 ton deadweight ships. The whole infrastructure object will ultimately cover a 20 hectare area, and also a storage facility for up to 1 million tons of coal will be built, the developers say.

By year 2026, the project is to produce about 7 million tons of coal per year.

Severnaya Zvezda intends to invest more than 45 billion rubles in the project by 2025, and at least 2,000 new jobs will be created.