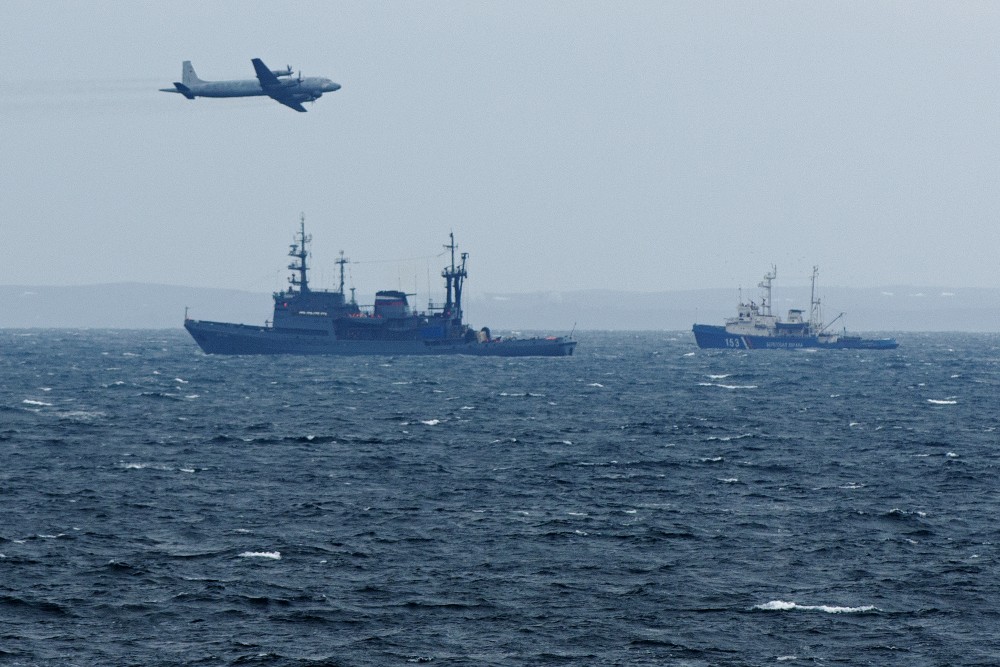 The "Altai" is among the ships that this summer have conducted comprehensive seabed surveys in Arctic waters. Photo: Thomas Nilsen

A fleet of Russian hydrographic research ships have in the course of the ice-free season criss-crossed Arctic waters in a bid to enhance knowledge of the seabed. Among them is the «Gorizont», a 35 year old vessel based in Murmansk, that in the course of 65 days has conducted as much as 13,000 kilometers of seabed survey, the Navy informs.

The voyage is reported to be among the most lengthy ever conducted by a Russian vessel of the kind. The route proceeded through the Barents Sea, Kara Sea, Laptev Sea and East Siberian Sea, and the «white spots», areas previously not studies, were reduced with 4,200 square kilometers, the representatives of the expedition say.

The «Gorizont» on 12th October made it back to Murmansk.

Also the «Altai» has been on an extensive research mission in Arctic waters. The ship set out from Northern Fleet base of Severmorsk on 15th August and returned on the 27th September.

In the course of its six weeks at sea, the ship conducted more than 4,500 km of shelf surveys around the archipelago of Franz Josef Land.

Thanks to this ship and its crew, there will soon be made new maps of the Barents Sea and Kara Sea that specify the coastal lines of the many regional islands, as well as the limits of the Russian territorial waters in the area, the Navy informs.

In the course of the voyage, the naval researchers reportedly also managed to precisely determine the deepest point in the Barents Sea to 632 meters. The Russian Geographical Society was a key participant in the research effort.

The expeditions have been crucial for the substantiating of Russia’s bid to the UN Commission on the Limits of the Continental Shelf (CLCS). The Ministry of Defense now believes it has the information needed to support its claims on the Arctic seabed.

«I presume that these studies will be sufficient for the complete basis of our claims that will be assessed by the Commission,» Deputy Premier Yuri Borisov underlined in a meeting in mid-October.

Russia in August 2016 officially handed in its new claims to the UN commission. It includes 1,2 million square kilometers of territory.