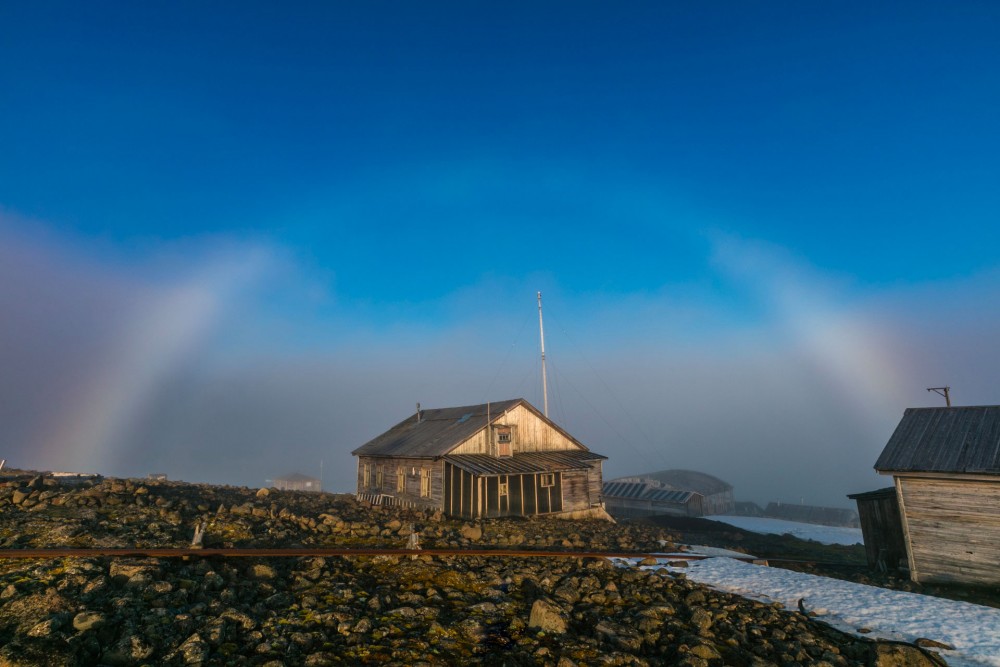 Visits to the Franz Josef Land must be made more attractive, leader of the local national park says.
Read in Russian | Читать по-русски
By

Works are in the making and the visit center is to stand ready by 30th August, the day that marks the 90-years anniversary since the establishment of a research station on site.

The official opening will be made in connection with the coming to site of the Silver Explorer, the cruise ship that currently is on its way across the Northern Sea Route, the Russian Arctic National Park informs. On board the luxury vessel are 144 tourists that each have paid at least €33,000 for the Arctic voyage from Nome (Alaska) to Tromsø (Norway).

«The popularity of visits to the Arctic is growing year by year and therefore it is necessary to create attractive conditions for the guests,» national park director Aleksandr Kirilov says in a comment.

Workers are now building an out-door museum and a total of six buildings have been renovated. Tourists will be offered overnight stays and also longer-term stays, as well as involvement in the local research activities, the Russian Ministry of Natural Resources informs.

The visit center is located on the Guker Island, one of biggest in the remote archipelago. On this site, Soviet explorers in 1929 established the first ever research station in the region. The facility was afterwards regularly visited by Arctic expeditions. In 1937, an Arctic observatory was opened on site. It was headed by famous explorer Ivan Papanin.