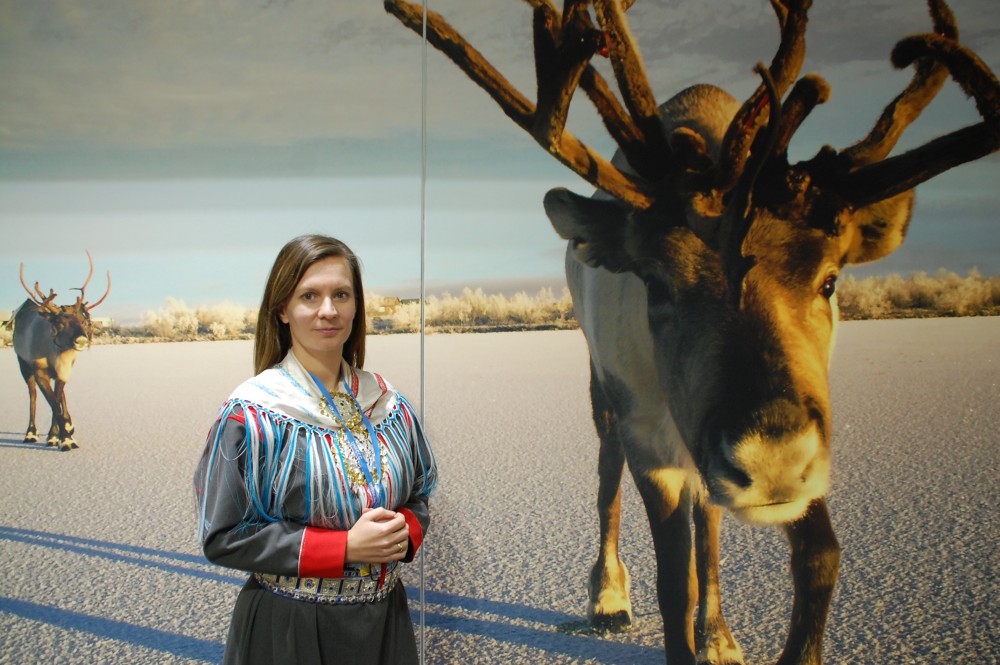 PARIS. Indigenous people have been recognized by the Intergovernmental Panel on Climate Change (IPCC) as central to the solution of climate change, notably by providing traditional knowledge. Yet the Sami people have struggled to be heard during the ongoing climate negotiations in Paris at COP21.
By

The Sami position on the climate agreement was heard by the world leaders earlier this week as Aili Keskitalo, President of the Sami Parliament in Norway, held a speech at the high-level segment of the COP. She emphasised the intensive warming in the Arctic and the impact on Sami livelihoods and also summed up the parliament’s key priorities for the agreement: respecting indigenous rights, recognising indigenous people’s traditional knowledge and ensuring access to climate funding for indigenous peoples world-wide.  However, the negotiations have so far been critisised both for limited representation of the Sami people and for not addressing indigenous issues in the agreement text.

Last week, Swedish Radio reported that Sweden has no representatives from the Sami Parliament in its delegation for the COP21 negotiations. Katja Awiti at Ministry for Environment and Energy claims that the selection of the delegation members is based on expert merit. “We don’t negotiate on behalf of different regions in Sweden, but rather we represent Swedish interests that are important for all of Sweden, it’s not regionally divided”, she says.

Aile Javo, president of the interregional Sami Council, acknowledges that the representation of Sami people has been problematic at the COP21. “Also the Norwegian Sami Parliament had some problems to start with and weren’t included in their full right. But as I understand it, this has now been solved”, she says.

However, it is not only the representation in itself which is problematic. Also the content of the treaty has gone from explicitly mentioning indigenous rights to having it removed from the draft text. “For us, the most important is to ensure that indigenous rights are included in the agreement”, says Javo. Yet, the Norwegian delegation has actively supported the exclusion of both human rights and indigenous rights from the draft text, for which Norway gained the satirical Fossil of the Day Award during the first week of negotiations. “Norway’s argument is only that it isn’t technically suitable to mention it [indigenous rights] in that specific paragraph. The problem is that this is the only paragraph in the entire 100-page long document where it is mentioned”, says Javo who is disappointed. While Norway claims they can support indigenous rights somewhere else in the text, such a commitment has not yet been seen.

While climate change and the warming of the Arctic have severe implications for the Sami livelihoods, some mitigation policies pose an additional threat to the Sami people. In a panel discussion, organised by the International Indigenous Peoples’ Forum on Climate Change (IPFCC), Keskitalo sheds light on how mitigation initiatives, such as windmill parks situated in important grazing areas for reindeers, make the reindeer herding very difficult. “It is colonization in the name of the environment”, says Keskitalo. One of the key reasons for situating windmills in these areas is that it results in fewer protests according to Javo. “It is not necessary to establish these windmill parks in areas that are very important for the reindeer herding”, says Javo. Once more, this shows the need for a better dialogue with the Sami people to prevent conflicts.

However, the current political environment does not give any major hopes for that governments will strengthen indigenous rights and accede to the demands of the Sami Parliaments. The Finnish government, which was about to ratify the, since long debated, ILO convention 169, took on a more hostile attitude in its indigenous policies after the elections last spring and in Sweden the question has not been on the agenda for a long time. The lack of support from the Nordic governments on questions regarding human rights and indigenous rights in the climate agreement clearly does not improve the situation. At the same time, Javo notes that ILO 169 is not the only element that counts and she mentions the importance of the UN Declaration on the Rights of Indigenous Peoples, which was supported by all Nordic countries, and other international commitments.

There is also more positive development in other countries. One example is Canada, which has gone from opposing both climate treaties and indigenous rights to becoming one of the key drivers for both these two. “There are other countries one can rely on in these negotiations when the Nordic countries fail”, says Javo, insinuating that Canada might play an important role for advancing indigenous interests also for the Sami people.