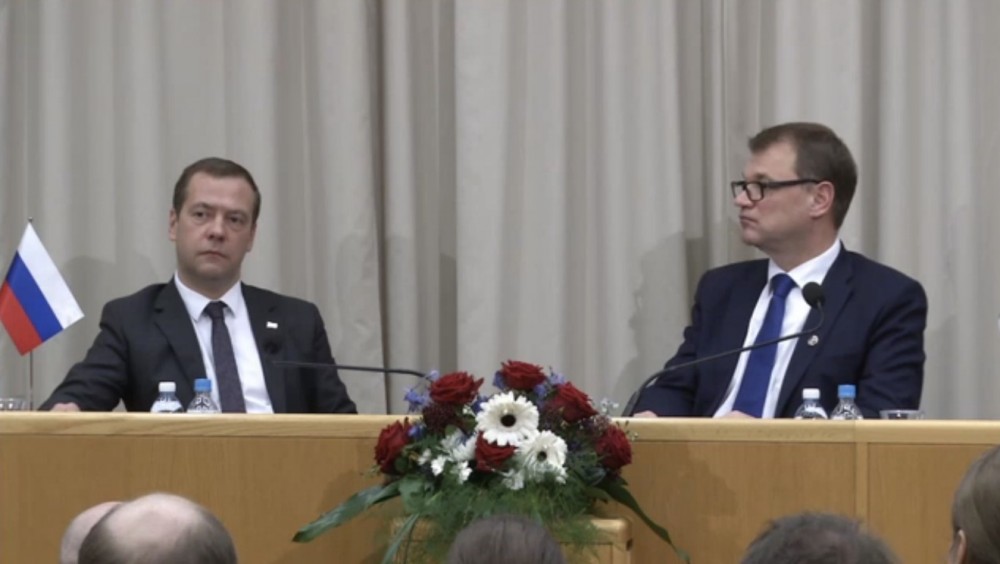 «This is very interesting», the Russian Prime Minister says after talks with Finland’s Juha Sipilä.
Read in Russian | Читать по-русски

The Arctic was high on the agenda as the two government leaders met today in the northern Finnish city of Oulu.

«The cable could solve a number of tasks and be of interest for many countries», Dmitry Medvedev said in the press conference following the talks. «The relevance of the project is on the increase, it will be important for the future», he responded on a question from a local journalist.

The fiber-optic cable project is promoted by Finnish side and is likely to be a priority in the country’s upcoming chairmanship period in the Arctic Council.

In a new report from former Finnish Prime Minister Paavo Lipponen, the trans-Arctic cable is presented as possible telecommunication highway between Europe and Asia. The submarine section of the cable would be a connection of around 10,500 km from Japan and China to Kirkenes in Norway and the Kola Peninsula in Russia. From Kirkenes, the fiber cable will cross into Finnish Lapland and further south to central Europe.

According to Juha Sipilä, the Finnish and Russian ministers of transport have agreed to hold a meeting on the issue in the course of 2017.

«The project must be based on a broad international cooperation and commercial interests», Sipilä said in the press conference broadcasted on the Finnish government website.

Finland is also pushing for the development of a new railway line from its northern city of Rovaniemi to Kirkenes, a project which would correspond well with the cable initative.

According to the two government leaders, the bilateral meeting also included talks on the Nord Stream-2 project, a current priority for Russia’s gas company Gazprom. Also nuclear power, border management and the conflicts in Ukraine and Syria were on the agenda.