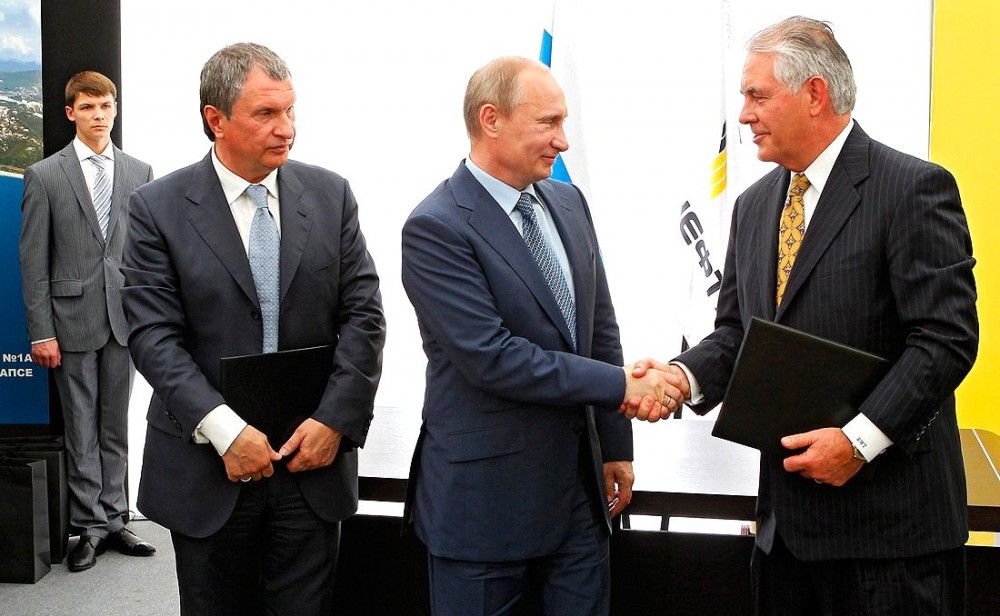 The Arctic, and not the Middle East, will soon be on top of Russian-U.S. agenda, a Russian top diplomat says.
Read in Russian | Читать по-русски
By

«This is a significant and important appointment», says Andrey Baklanov, a leading foreign policy representative in the Federation Council, Russia’s upper chamber of parliament.

According to Baklanov, the new U.S Secretary of State could use the Arctic as platform for a reset in in his country’s relations with Russia.

«This could give birth to a completely new climate in our relations, because in the Arctic our positions and interests coincide», the experienced diplomat says to online newspaper Life News.

«I believe the Arctic agenda over the next years will be the most important, that it will push aside the issues related to the Middle East».

The statements come after ExxonMobil leader Rex Tillerson this week was appointed to the post as U.S Secretary of State. Tillerson has a history of close relations with Russian President Vladimir Putin and his top oilman Igor Sechin.

After having successfully developed the Sakhalin-1 project on Russia’s Pacific coast, ExxonMobil in 2011 signed a comprehensive Arctic cooperation deal with Rosneft. That includes three huge licenses in the Kara Sea. In 2013, the cooperation was extended with another seven licenses in areas stretching from the Kara Sea to the Chukchi Sea. The total area covered by the Arctic licenses increased to more than 725,000 square kilometers.

«I like the kind of politicians who really knows how to do things, and not only intellectualize», Baklanov says. «As businessman, economist and specialist, Tillerson has shown himself from a positive side, this is a good precondition for productive management, including with us».

The new Secretary of State earlier this year said that he is «eager to return to Russia», as soon as the sanctions come to end.

Andrey Baklanov has for a number of years had key posts in the foreign policy team of the Federation Council. He is also deputy chair of the Russian Association of Diplomats, a union closely associated with the Ministry of Foreign Affairs. He is normally working with issues related to the Middle East.