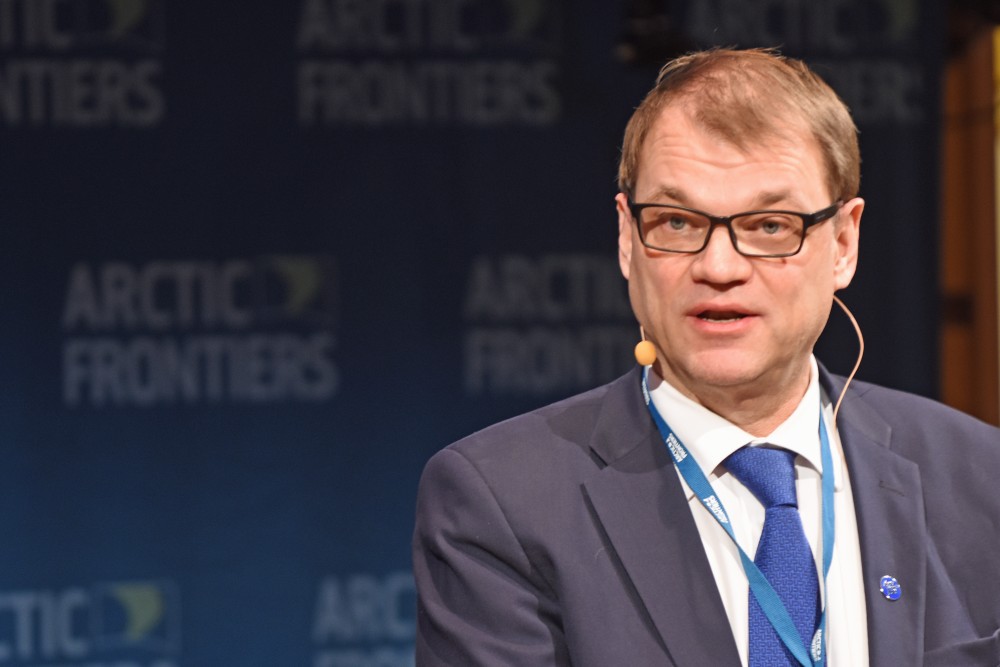 Finland is successful because of the Arctic climate, not in spite of it, says Prime Minister Juha Sipilä.
Read in Russian | Читать по-русски
By

He wants to make Finland independent from fossil fuel by 2050 and outlines a plan for the upcoming chairmanship of the Arctic Council where connecting northern regions to computer networks is crucial.

Speaking at Arctic Frontiers in Tromsø, the Finnish Prime Minister told the audience about the plans to enhance the role of the European Union in developing Arctic Europe.

Although not even officially holding an observer status to the Arctic Council, EU’s role is one of the first high-profile meetings that will take place after Finland takes over the chair of the Council for the next two years from the United States in Fairbanks in May.

“We also want to enhance the role of the European Union in the development of Arctic Europe. But as in all EU cooperation, the most important issue is implementation: we need to put our words into action. At the same time, we have to make sure that the opportunities provided by the Union are fully used by the Arctic stakeholders in our countries. We hope to make progress on these issues at the EU’s first Arctic Stakeholder Forum to be held in Oulu in June.”

Being a result of the Rovaniemi process Finland initiated in 1991, Arctic Council’s first circumpolar focus was mainly environmental cooperation.

Now, economic development in the north will be highlighted by Finland when leading the Arctic Council.

“We will build our two-year chairmanship in the Arctic Council on our strong Arctic traditions and expertise. Our motto is: ‘If it works in Finland, it works anywhere.’ Finland is successful because of the Arctic climate, not in spite of it,” Sipilä said.

“During our chairmanship we also aim to increase the cooperation between the Arctic Council and the Arctic Economic Council. We need to do this to support sustainable growth and business opportunities in the north — from infrastructure to services, from transport to tourism.”

On the paper, Finland’s priorities for Arctic Council from 2017-2019 will focus on environmental protection, connectivity, meteorology and education.

“Two recent milestones have major relevance to the Arctic and they also form the backbone of our work: these are the Paris Climate Agreement and the adoption of the 2030 Agenda for Sustainable Development,” the Finnish Prime Minister said.