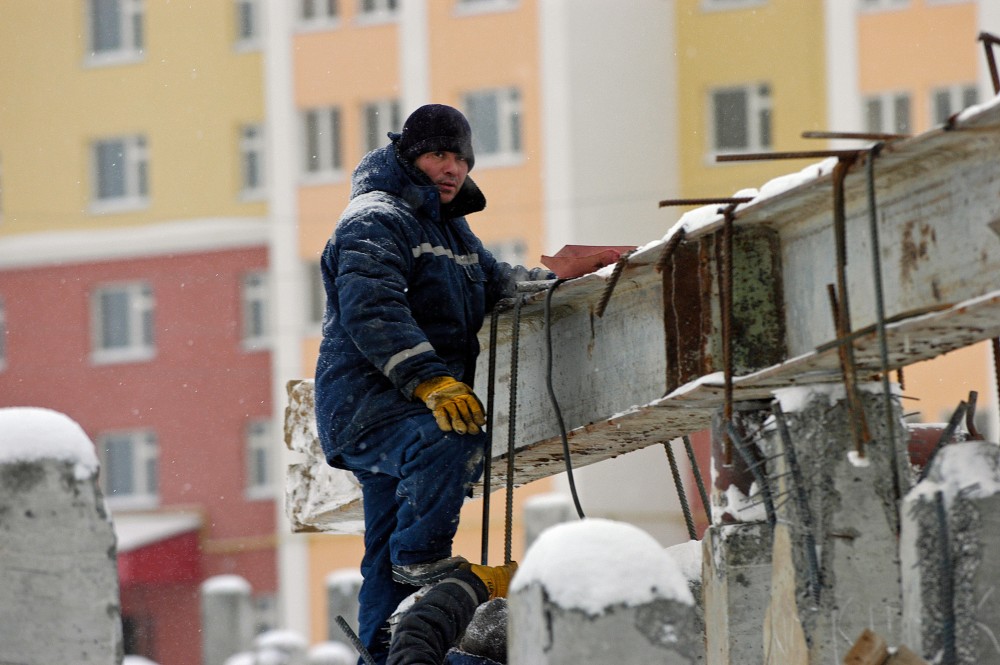 Buildings across the Russian Arctic could collapse within the next few decades, a new study says.
Read in Russian | Читать по-русски
By

“A significant (at least 25%) climate-induced reduction in the urban infrastructure stability throughout the Russian permafrost region should be expected by the mid-21st century,” the joint US-Russian science study published in Geographical Review reads.

A worst-case scenario could lead to a 75-95% reduction in bearing capacity throughout the permafrost region by 2050, the researchers write in the publication.

Last autumn, the Barents Observer reported that Russia’s Ministry of Emergency Situations (EMERCOM) issued a warning claiming by the year 2050, the extension of the permafrost in Russia might be reduced by 25% and be the end of the century – by up to 56%.

“This will imply growing risk for a breakdown of buildings, transport infrastructure and pipelines”, Acting Head of the Ministry’s Center of Emergency Monitoring and Prognosis, Konstantin Moskin said.

The US-Russian study, funded by the Russian Science Foundation, the US Science Foundation and the George Washington University, says the city of Salekhard could face building collapses already by the mid-2020.

“On average, the fastest changes are projected for Salekhard and Anadyr. There the bearing capacity have potential to reach critical levels by mid 2020s,” the report says.

Salekhard is the capital of Yamalo-Nenets Autonomous Okrug. With some 40,000 inhabitants the city has grown substantially over the last 20 years. From being a town with a majority of wooden two-floor buildings in the early 1990s, the city today consists of hundreds of new modern buildings built on piles in the permafrost.

The bearing capacity for the piles are severely weakened as thaw of frozen ground escalates.

Another city at risk is Norilsk, Russia’s largest in the Arctic permafrost area with 177,000 inhabitants.

“In Norilsk the projected climate-induced decrease in bearing capacity will exceed 55% around the 2040s”.

Norilsk, where most buildings are older than in Salekhard, is also facing a negative anthropogenic impact on infrastructure as well. The study says undetected sewage and water leaks, reduction in centralized snow removal and violation of construction codes contributes to further warming of the permafrost below the foundations.

The researchers say there is a clear need cities in the Russian north for adopting construction norms and regulations that account for projected climate changes.