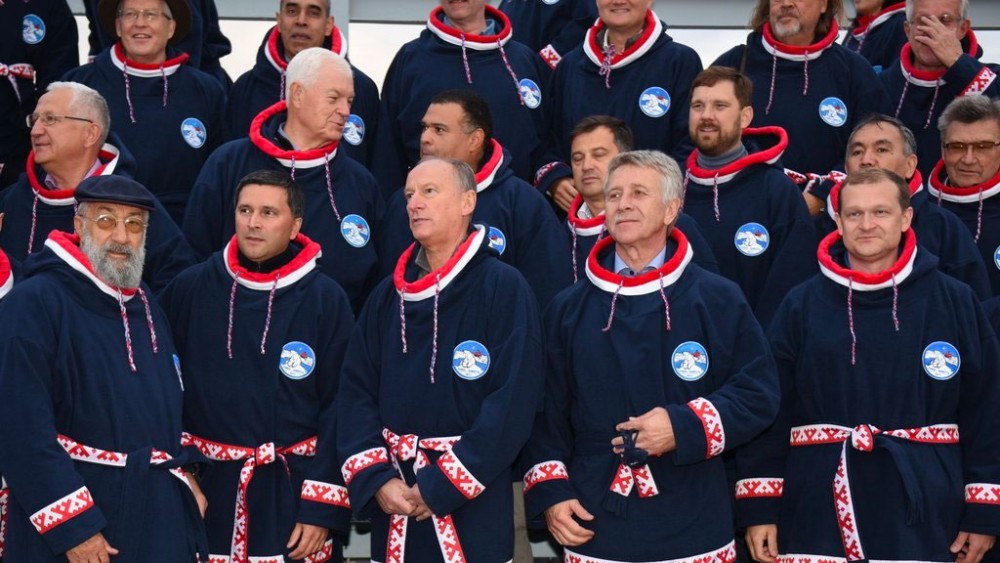 Participants in this week's Arctic summit in Sabetta. Photo: scrf.gov.ru

Peace and stability, environment and cooperation over Arctic oil and gas resources were key issues as Russian security boss Nikolay Patrushev invited guests from abroad to Sabetta.
Read in Russian | Читать по-русски
By

It was a show-off of the new grand industrial objects of Sabetta and an opportunity to promote Russian positions in the Arctic.

Several countries had sent diplomats, researchers and government officials to this week’s summit organized by the Russian Security Council.

The location was carefully picked and Patrushev in his opening speech immediately highlighted the importance of Arctic oil and gas developments.

«Today, as issues of energy security reach global proportions and often spill over into political dimensions, the Arctic resources are more important than ever», Patrushev underlined, a transcript reads.

Sabetta is the new port built to facilitate out-shipments of natural gas from the nearby Yamal LNG. The plant operated by Novatek is due to start production in the course of 2017.

Novatek leader Leonid Mikhelson was himself among the participants in the Sabetta summit, photos posted by the regional government of the Yamal Nenets Autonomous Okrug reveal.

It is time to overcome political divides, Patrushev argued and highlighted the need to build «an efficient security architecture which can become a guarantee against any attempts to destabilize the region».

«In the Arctic countries, different languages are spoken, however we must do our utmost to make sure that a language of threats and ultimatums never resounds in the North», Patrushev told the summit participants

«Despite certain inter-state disagreements, we must unite our efforts for the common good — to protection of the Arctic as unique natural and cultural heritage for the whole human kind».

According to the regional government of the Yamal Nenets Autonomous Okrug, there were more than 100 representatives from 15 countries attending the event. From the Russian side a top brass of state officials working with Arctic issues attended. Among them where special presidential envoys on the Arctic and environmental issues Artur Chilingarov and Vladimir Barbin.

The summit is the 7th event of its kind organized by the Security Council. In 2016, Patrushev and his men invited the Arctic Council representatives to a voyage with nuclear-powered icebreaker «50 let Pobedy» from Anadyr to Pevek in Russia’s east Arctic.